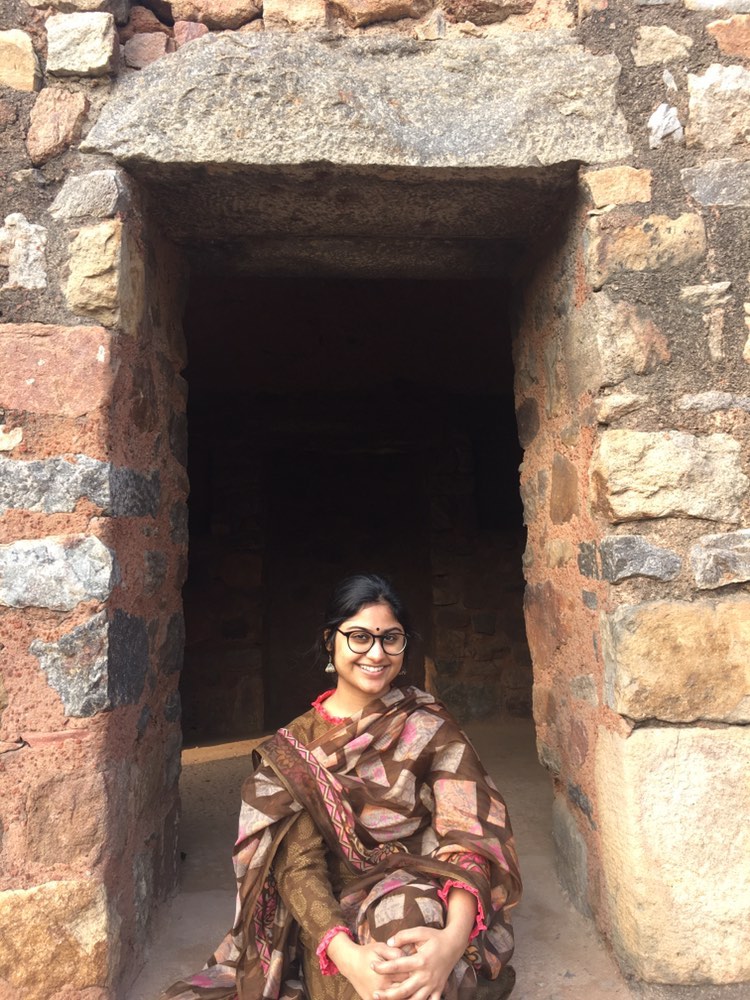 Having lived for a period of time in a fairly homogeneous community and with certain social privileges in India, Mrinali says being labeled with terms unfamiliar to her, like “brown” and “person of color,” upon moving back to the United States, was eye opening and greatly pushed her towards learning more about different aspects of what makes up her identity. In college, even when she was the only person of South Asian descent in the social-cause organizations she was a member of, there was a certain sense of solidarity and understanding between her and others labeled with the same terms that were formerly foreign to her. She says in India, colorism has influence on a woman’s abilities and privileges, from finding suitors to opportunities available to her. Subtle comments like “you could be lighter” from those around her, she says, made fairer skin a goal to be achieved when she was younger; additionally, beliefs regarding eating certain foods or everyday habits and their impacts on skin color offered incentives and deterrents from doing certain things. At the time, she perceived these comments from peers and family as a “rite of passage: something every Indian kid has to deal with.” On the other hand, the media, too, affected the way she viewed skin color, as she believed one needed to have lighter skin to be an actor or celebrity. This belief was also influenced by Hollywood, which portrayed the United States as predominantly white to her, where fair skin exemplified purity and privilege. A proud caste-abolitionist, she cites an English teacher as having been “the push to bring out” her interest in social justice that already existed. She and her teacher would discuss the backgrounds of authors and the contents of the books her teacher would assign. They would “dig deep into the human emotion that you are supposed to be relating to, for which you don’t have to see the face of who’s writing.” This connection to humaneness is crucial as Mrinali says, because “We are all the same people after all.”