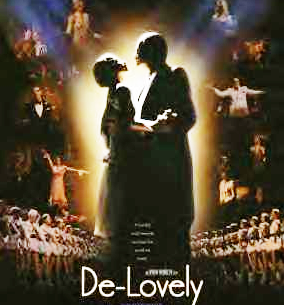 John Johnson, pianist, singer, scholar, and entertainer extraordinaire joins us for his “Great American Songwriter” series, sharing with us beautiful melodies, fascinating insights, and inescapable charm! Scriptwriter, performer, and expert in musical theater, John is also a distinguished teacher and lecturer, Professor of Music Theory at the Boyer College. Cole Porter‘s songs epitomize cool urban sophistication.  Delightful melodies pair with lyrics that are known for clever double-entendres and yet maintain a graceful eloquence.  Join us to hear beautiful, familiar American classics such as:  “Night and Day,” ” Let’s Do It (Let’s Fall in Love),”  “You’re the Top,” ” Anything Goes,” ” I’ve Got You Under My Skin,” “Too Darn Hot”, “Another Op’nin’, Another Show,”  “I Love Paris,”  “It’s De-Lovely!” and more!

“The light touch, the finger-tip kiss, the double entendre, and the lacy lists of cosmopolitan superlatives – these were the marks of Cole Porter’s songs.”    “Cole Porter was the master of the witty, sophisticated song.”

Find more about Cole Porter at your library!