I’ve been looking forward to taking this class, Studies in American Material Culture, since I visited Temple’s campus way back in the spring of 2016. As this semester’s project will focus on study and documentation of the LESLEY, a 1930s era racing boat, class is held at the Independence Seaport Museum (which was generous enough to let my classmates and I contribute to an exhibition recently, and which I previously wrote about visiting). Into the idea of an off-campus course but unsure what to expect, I arrived at the museum yesterday for class with bated breath… in a quite literal sense, as I’d also managed to pick up a sinus infection in the preceding week.

What I did not expect was a meditative experience. Perhaps I should have, given that the assigned reading for this week centered on the importance of teaching patience and deep reflection.* But I was pleasantly surprised to be instructed to observe, study, and otherwise commune with the boat, silently, for an hour. I sketched what grabbed my attention most immediately- an octagonal cutout in the top of the ship (deck? gunwale? prow?) and began to describe it, starting with the granular attributes: its edges retain flakes of orange-red paint; it appears to be reinforced with a strip of steel on either side of the opening; the area inside the hull remains cool despite direct the direct sunlight and smells like cedar, to my amateur nose and via congested nasal passages. Using graph paper, I was able to measure the hole: it is roughly 7″ in diameter, and cut 4″ deep through 3 layers of wood.

Having examined the tree, I began to better understand the forest, only then noticing an enormous mast laying next to the boat that I had been stepping over to get closer. The octagonally carved base- aha! A perfect match to the cutout, and a conclusion I probably could have come to sooner had I more experience with boats. Thinking now of the whole, my observations became more general: it was built for speed and/or shallow water; the planks of the prow are wider than those of the top of the boat; it is equipped with gas tanks and must have held a motor at some point.

All in all, I appreciated the experience and did feel that I came to be more familiar with the boat and its intricacies through careful observation. When the hour was up, I wasn’t impatient or uncomfortable; in fact, I might have been able to continue as long as the three hours that Roberts reports observing a painting, in her essay. Then again, I don’t think anyone has ever accused me of doing anything too rapidly; by nature, I am slow and careful and explorative in approach to just about everything I encounter. I love to think and discover and daydream. Slowing down is something I am already too good at.

Coincidentally, or perhaps not, I’ve had a draft of a blog post rattling around in my head for the better part of a year now about mindfulness and the museum experience. I learned about Slow Art Day several years back, shortly after I’d begun a regular meditation practice, and I fell immediately in love with the idea. Rather than rushing through a space trying to see everything, I began to build in extra time during trips to new places, historic sites, museums, etc. just to wander or to sit and absorb the atmosphere. I resisted the urge to fire off my impressions on social media, the impulse to share a new and thrilling experience with others who might find it equally interesting. I started to take a couple of days to digest what I’d seen, look at photographs, and reappraise what I had learned. It was a game-changer.

And then, serendipitously, in early 2016 I followed a Twitter conversation discussing “digital life creep” in these spaces which led me to this mind-blowing, very meta article that I recommend reading in its entirety. If you opt out of that, however, I’ll give a brief and incomplete summation: In short, slowing the process of doing (being mindful and intentional, or whatever else you want to call it) can lead to deeper insights, greater empathy, and more nuanced understanding of the connections between people and things. This has the potential to transform museums into places that are more edifying because they are centered on the human experience. In other words, it inspires a sort of recognition of emotive knowledge that ISM curator Craig Bruns touched on while speaking to the class yesterday.

The article concludes with a quotation from Zen Buddhist monk Shunryu Suzuki: “In the beginner’s mind there are many possibilities, in the expert’s mind there are few.” Preconceptions shut down potential avenues of thought, but if one approaches new things and ideas with a “beginner’s mind”- open, curious, engaged, and humble- it allows for that many more possible outcomes. To me, new outcomes to old questions are what scholarship is all about. I think yesterday’s exercise sparked my imagination, and I’m eager to see what more LESLEY will teach me in the course of the semester. 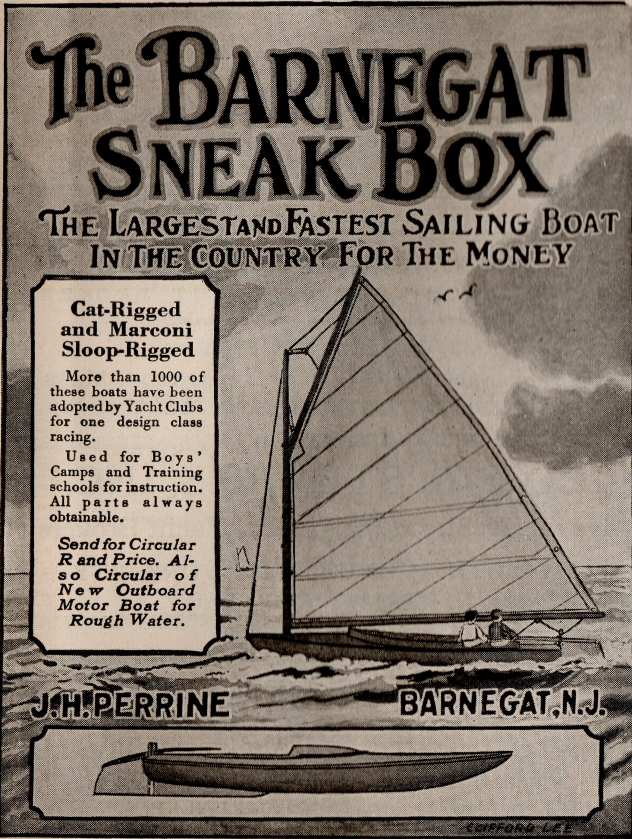 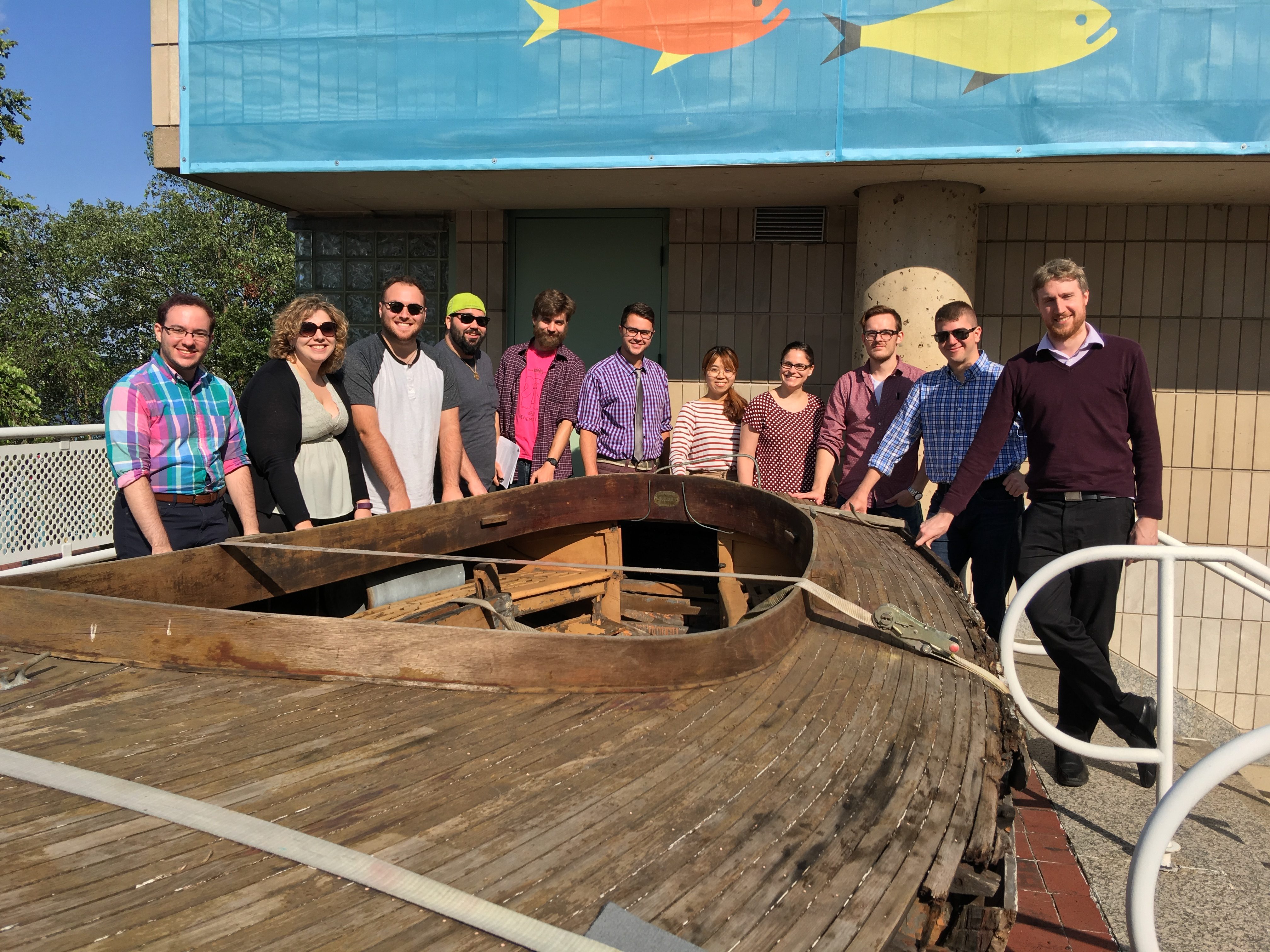 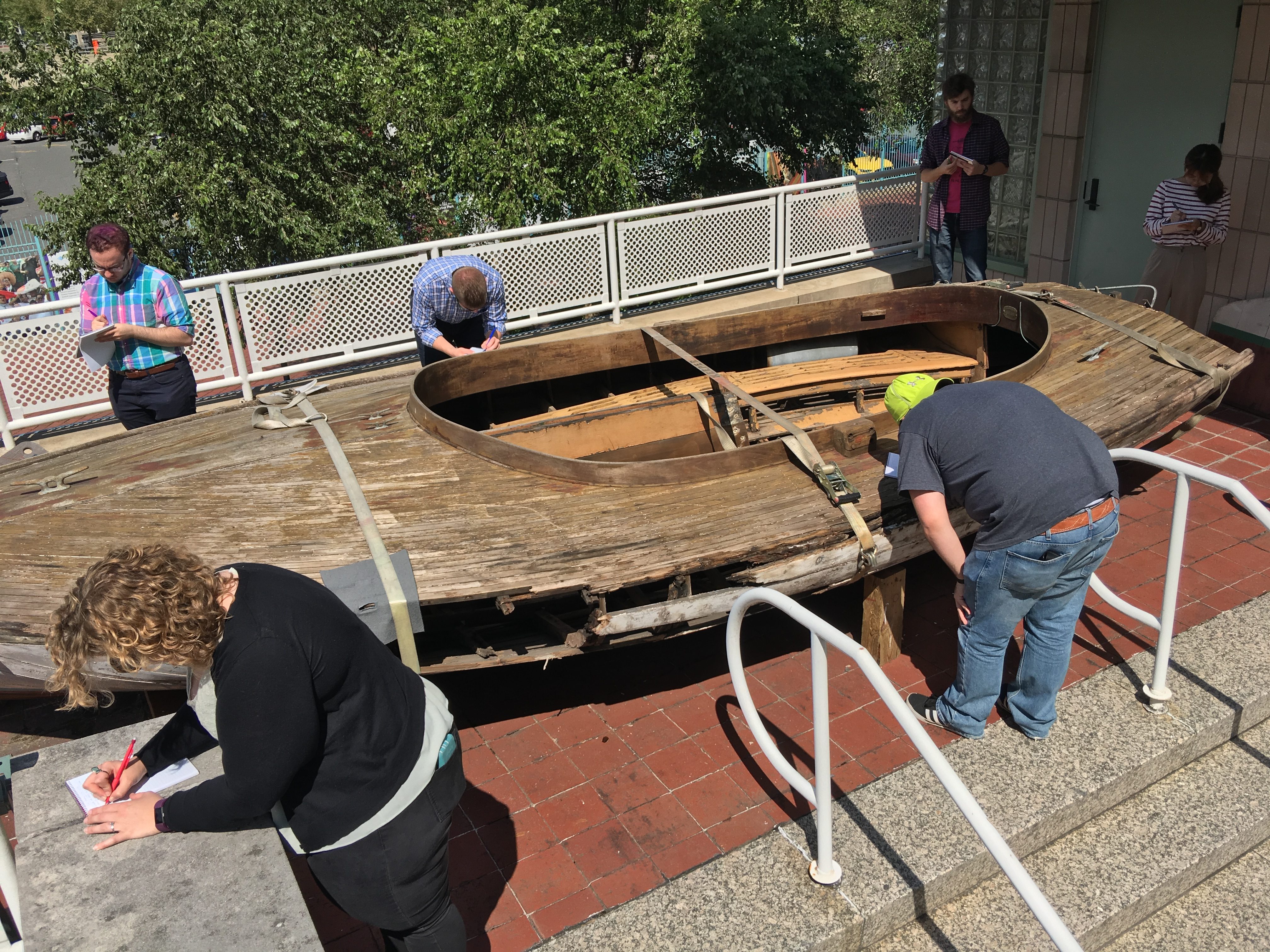 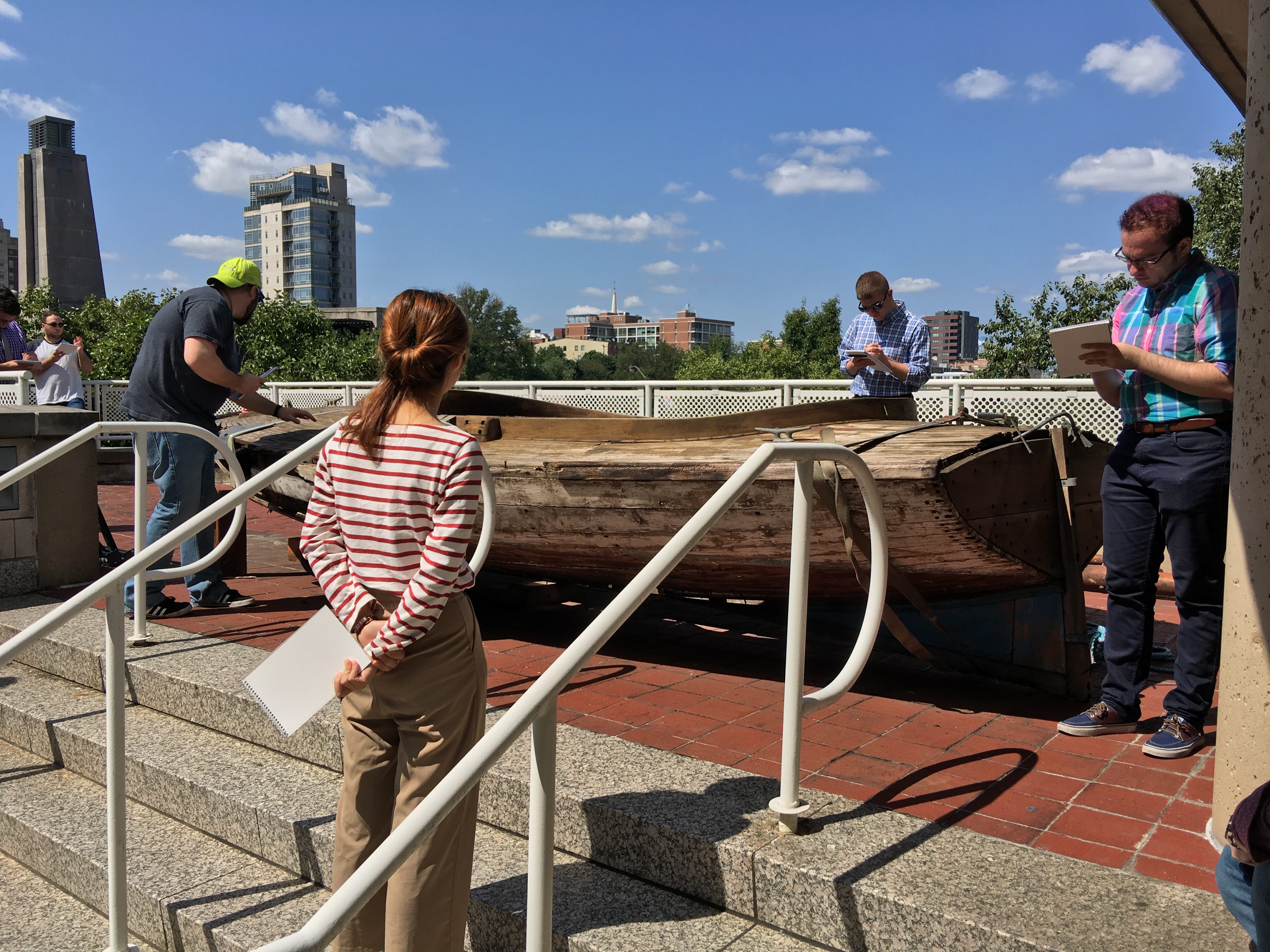 LESLEY on the roof of the Independence Seaport Museum!  Preliminary documentation process during summer 2017 with Gary Scales. 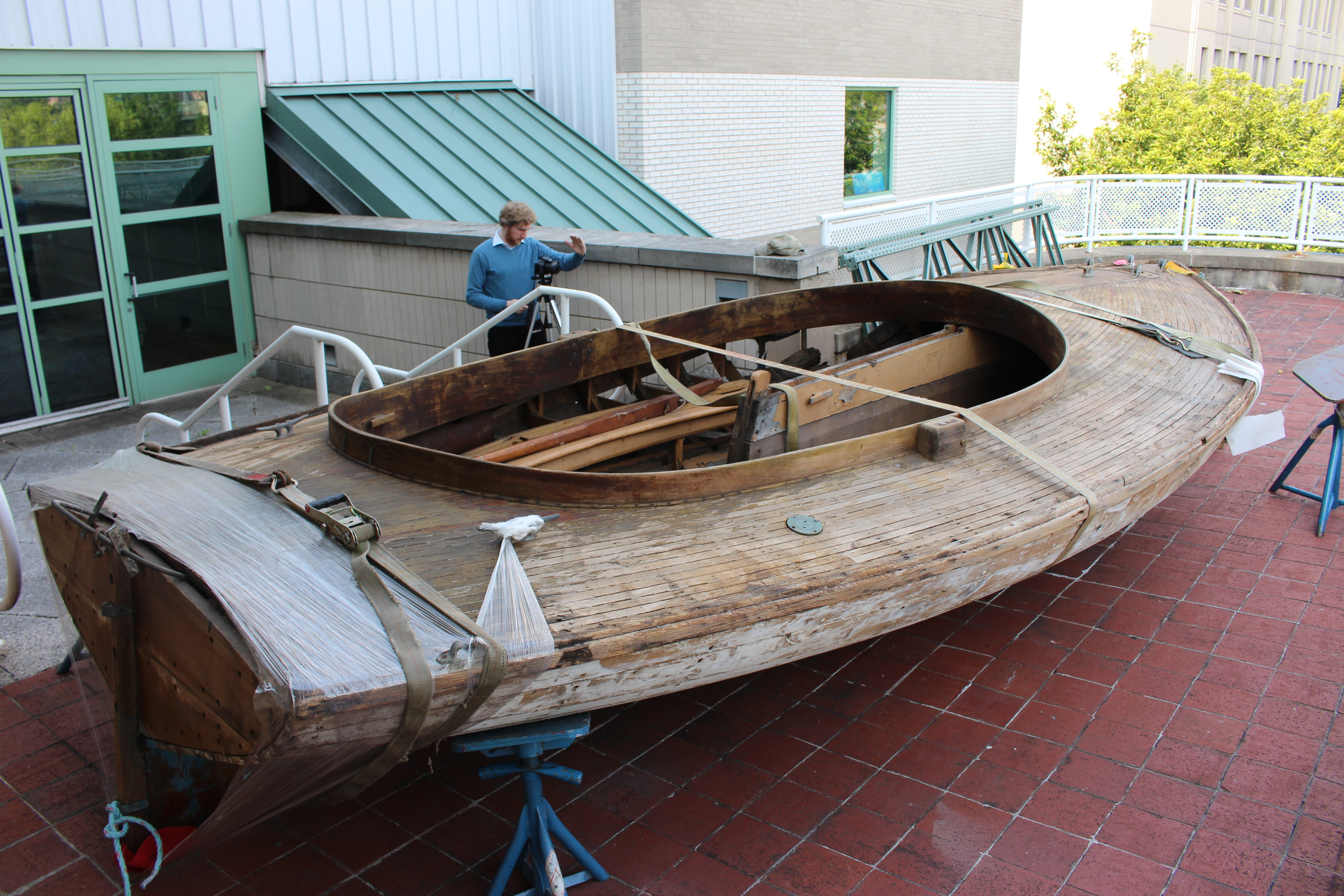 We’re just a few days from launching the LESLEY documentation project.  Check back here for updates, pictures, and more.