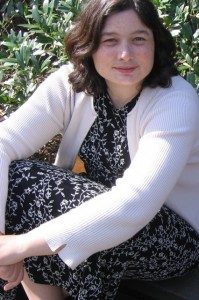 In contemporary American culture the Virgin Mary is associated with Catholic devotion and worship. Because of this, it should come as a surprise to many readers that the mother of Jesus was a general cultural icon in the latter half of nineteenth century Christian America. Temple professor Elizabeth Hayes Alvarez details this history in her new book, The Valiant Woman: The Virgin Mary in Nineteenth Century American Culture (Temple / Amazon). Images and references to Mary proliferated in popular magazines and on the walls of modest and fashionable homes, appealing to both Protestant and Catholic audiences. The Civil War, industrial revolution, and westward expansion transformed the United States. The rise of major urban centers like New York, Philadelphia, Chicago, and St. Louis drew in rural migrants and immigrants, unsettling religious, gender, and social norms. In these early years of mass society when the old agrarian ways were slipping away, the focus on the Virgin Mary offered a safe and familiar way of talking about and negotiating new female roles in this changing social landscape. Professor Alvarez traces the career of Mary from the declaration of the Immaculate Conception by Pope Pius IX in 1854 through its fiftieth anniversary in 1904.

I spoke with Elizabeth Hayes Alvarez about her new book on November 7, 2016.