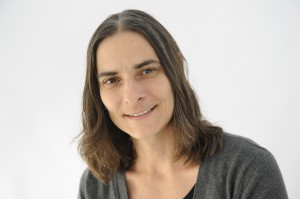 Professor Patricia Melzer is the author of a new book titled Death in the Shape of a Young Girl: Women’s Poltical Violence in the Red Army Faction (New York University Press, 2015). By focusing her study on the Red Army Faction (RAF), a West German terrorist group which had many female members, including leaders, Melzer complicates our contemporary understanding of feminism and violence. The RAF committed acts of assassination, bombings, bank robberies, and kidnappings from 1970 to the early 1990s in order to challenge what it saw as the West German state’s support of capitalism, imperialism, and patriarchy.

While contemporary feminism is closely linked to positions of nonviolence, this was less the case at the founding of the Red Army Faction, where patriarchy shared responsibility with economic and political structures for women’s oppression. As feminism narrowed its focus to patriarchal violence – especially the personal physical abuse of men against women – the nurturing role of women and the importance of nonviolent political resistance became more essential to feminism’s understanding of itself.

Melzer also analyzes the ways German media portrayed the lives and acts of these terrorists through a gendered lens that was very often inaccurate and misleading. This placed the contemporaneous German feminist movement in the delicate position of trying to respond to the misrepresentation of female RAF members while distancing itself from their terrorist acts.

Juxtaposing feminism and violence in the Red Army Faction offers valuable insights on the nature of the modern women’s movement. I spoke to Patricia Melzer on April 4, 2016.