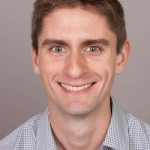 Living in the early 21st century, it might seem a little hard to believe that a century ago liberal Protestantism was the dominant voice of religion in the United States. Of course in a land so vast there were a lot of voices and opinions concerning religion. But in the urban power centers liberal Protestantism had the ears of politicians and business elites.

At this same time there were centrifugal forces weakening liberal Protestantism’s institutional grasp. As people poured into growing industrial cities from the countryside and overseas, they were greeted by secular clubs, cultural events, and entertainments that loosened the grip of the church. With so many inhabitants of different races, ethnicities, religions, beliefs, and practices, doubts about specific doctrines and creeds grew. The growing authority of science offered alternative explanations for a whole range of natural and metaphysical phenomena.

In Saving Faith: Making Religious Pluralism an American Value at the Dawn of the Secular Age (Cornell University Press, 2015), historian David Mislin explores how liberal Protestantism responded to the pressures of skepticism, doubt, and pluralism. In reaching out to Catholics and Jews of like mind, liberal Protestant leaders were haltingly moving toward what would in the post-World War II world become Judeo-Christian America.