Video walks performed in and around South Africa’s significant ecological and historical sites: Cape Town Robben Island Prison, Cape of Good Hope, and Cape Agulhas. In 2018, Cape Town’s city managers warned of a looming ‘Day Zero’ crisis when water taps would run dry following years of severe drought. Robben Island, across from Cape Town in Table Bay, is the site of an infamous maximum-security prison for Black, Indian, and mixed race opponentsof South Africa’s apartheid regime. Nelson Mandela was incarcerated there for 19 of his 27years in prison before serving as the country’s first black president from 1994- 99. While the Cape of Good Hope is widely known for early Portuguese explorations (1487-98) it also played a key role in the slave trade beginning in 1652. Cape Agulhas, at the geographic southern tip of the African continent, is the geographic divide between the Atlantic and Indian Oceans.

This installation reframes a performance event produced by Homer Jackson, director of the Philadelphia Jazz Project, celebrating poet Walt Whitman’s 200th birthday in 2019. The songs, performed by participants walking through the city of Philadelphia, were inspired by Whitman’s “Song of the Open Road” and songs that fueled civil rights marchers to “challenge with their feet the boundaries of freedom.” Written and arranged by minister and vocalist, Taylor “Toby VeNT” Martin, choirmaster, and composer Waverly Austin, and singer/songwriter James Solomon, the musicality of these tunes were buttressed by a chorus of professional singers and members of the general public. “Tear Down These Walls” by Austin and “As I Give…As I Walk” by Martin are featured in this new installation. Additional concept development: Asha Jackson. 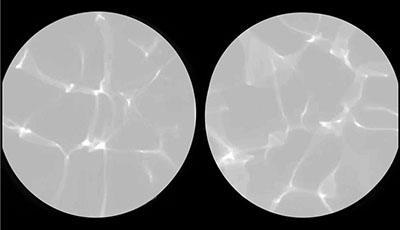