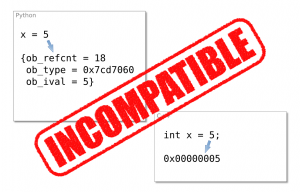 A friend active in making and hack-a-thons recently brought an article from the online journal Model View Culture to my attention.

Titled C is Manly, Python is for “n00bs”: How False Stereotypes Turn Into Technical “Truths”, the article examines the socio-cultural biases attached to various programming languages. For example, older developers may be looked down upon for knowing languages that were popular twenty years ago; alternately, due to the well-documented gender discrimination affecting the computer coding field, other languages become associated with “less manly” forms of programming–such as front-end development rather than server-side scripting.

The authors make an excellent case for going beyond such ageist or sexist biases, pointing out that–given the facility with which skilled programmers can learn new languages–the level of project experience one has on one’s resume is a much better indication of skill level than knowing this-or-that-language. Additionally, the authors discuss how disciplinary differences affect choice of programming language. In such cases, biases against a language serve as a proxy for biases against the particular discipline that has adopted it, giving an appearance of objectivity to an ultimately ideological us-versus-them mentality and serving to separate various social groups.

Given the library’s service orientation, I found this article provides a cautionary tale against the possible use of technical knowledge in support of an ultimately false conception of power. Especially at Temple, where we value the diversity of our student population, and in the library, where we serve constituents from a number of different disciplines, using knowledge of a particular language or tech paradigm to form in-groups and out-groups is unhelpful and contrary to our professional mission.