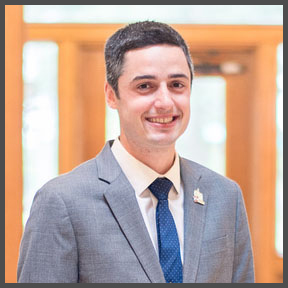 Seth S. Tannenbaum is a Visiting Assistant Professor of History at the University of Central Oklahoma. He earned a PhD in American History at Temple University in 2019. His manuscript in progress, Ballparks as America: The Fan Experience at Major League Baseball Parks in the Twentieth Century, examines Americans’ changing understandings of urban areas, inclusion, and the body politic. It analyzes how team owners used ballparks’ designs, locations, and amenities to keep fans coming back to the park amidst significant changes in cities and in leisure consumption patterns. By and large, ballparks went from small and urban in the beginning of the century, to giant and suburban in mid-century, to an amalgamation of the two by the end of the century. These changes mirrored how middle- and upper-class white Americans—the majority of fans in the park—felt about urban spaces. To them, cities went from places to live, to places to avoid in favor of suburbia, to highly controlled entertainment spaces.

Although ballparks have never been exclusively populated by middle-class white men, most fans were part of that group and team owners focused the experience on them. Thanks to baseball’s close association with ideas about America and because the ballpark was not an accurate representation of the body politic along class, race, or gender lines, white male fans could conceive of the nation as comprised mainly of people like them. This incomplete understanding of the country was powerful as it reinforced other aspects of American culture that also revolved around these men.