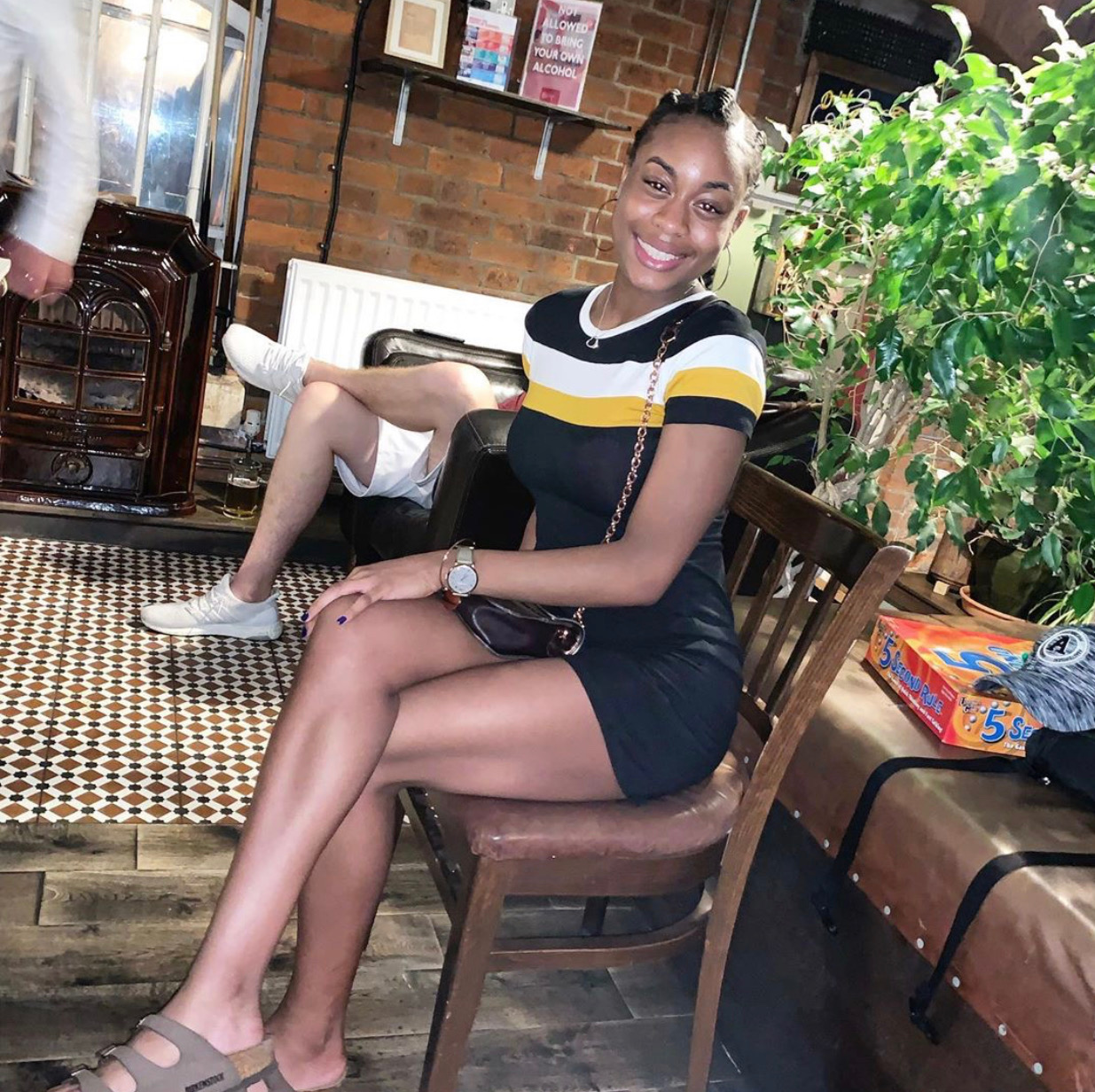 Tamara comes from a family of mixed shades of black skin. As we discussed her memories, one seemed to stick with her after all these years. She remembers her sister doing her makeup when she was younger, and her mom is watching and advises her sister “not to make her too dark”. At a young age, she thought that it was solely about her sister just doing a good job but as she has developed her studies, she sees it differently. Colorism is something that might have not been a prominent conversation in Tamara's family, but she understood that the darker your skin is, the harder you have to work. “My father never hid racism from me..I was well prepared for the world”. Tamara has a well rounded relationship with her skin, and being a black woman. “It's a powerful thing, and a lot of [Black women] are disrespected,” Tamara explains. Being a black woman has given her power and pushed her to be the best version of herself. With a strong background in loving her skin, it did not mean she didn't see or experience colorism that could have the potential to cause self doubt. She described some of her experiences as “gross” the word that many of us feel. Going to a private middle school with predominantly white kids, they often told her that she needs to “straighten her hair” or they would compare their skin tone to hers, exclaiming that they “wanna be as dark as you [Tamara]”. These types of conversations were consistent, and made her have some disconnect with her skin color. The question that gets Tamara every time is “What are you mixed with”, it creates this feeling of I couldn't look this way, or my hair can only curl this way if I have some sort of white in me, as if being black is not enough. On the contrary Tamara has been in situations where she is at the beach with her friends who are black, and they explain that they do not want to get “too dark”. These situations of when people are scared of getting darker have made her angry towards those who even made it a thing to be “too dark”. Tamara explains that she would try to introduce people to all different shades of icons from Beyonce to Lupita, and showing how comfortable they are in their skin.