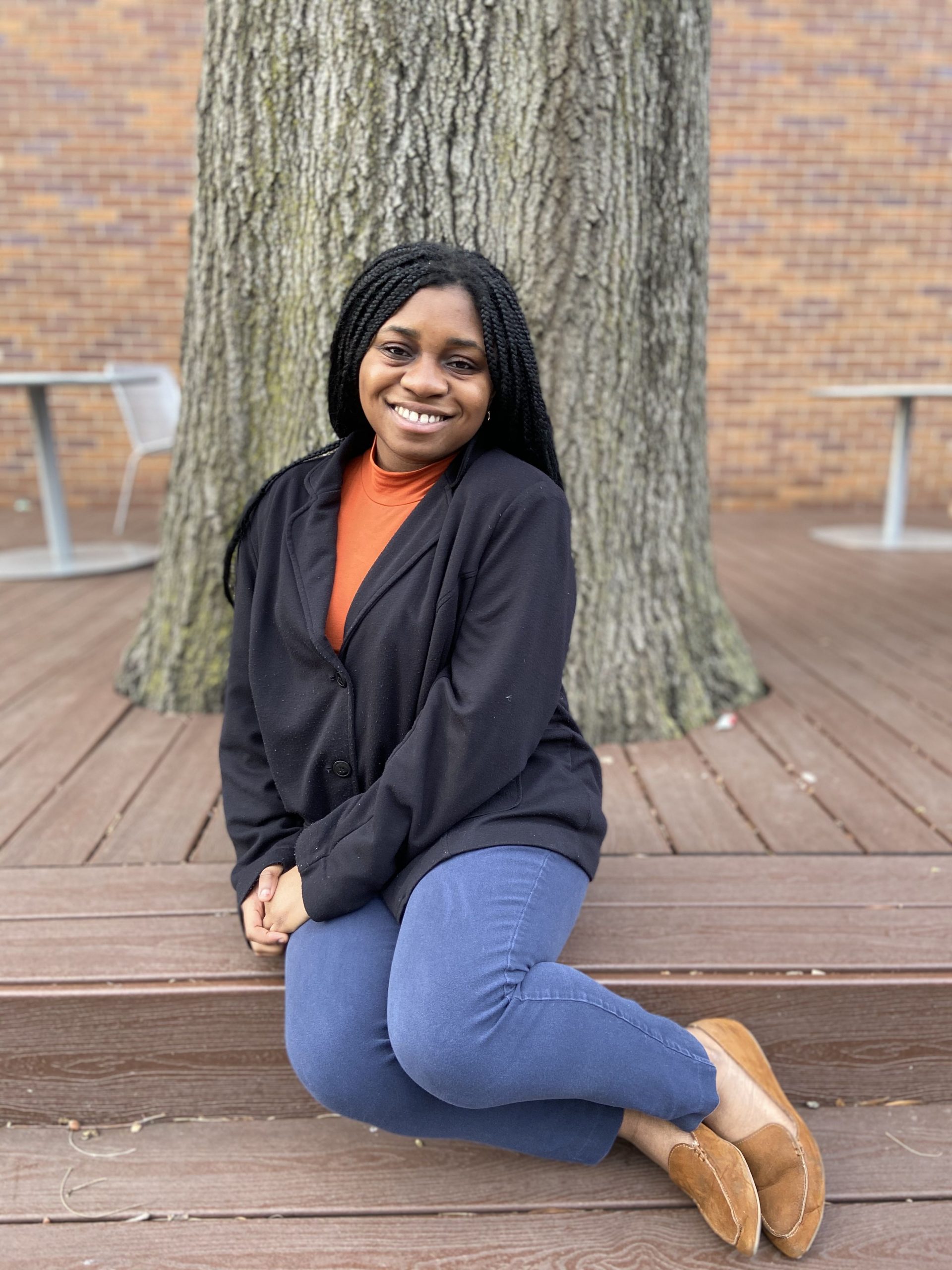 Alvira hails from a community in Massachusetts with the largest population of Ghanaians in the U.S. “I think being Black and having Ghanaian parents coming straight from Kumasi, I’ve always felt like my Blackness and ethnicity have intersected into the point where I thought they were the same thing.” She acknowledges others will reduce her identity down to her skin color, “But to me, it’s never been that simple because I had a culture. I had food, jollof rice and all those things, you’d go to parties or school, where majority of us were not only Black but Ghanaian. I lived in a bubble where I was privileged enough to think that Blackness was Ghanaianness, until I came to Temple and realized that’s not the case.” She goes on to reflect, “I realized that I have to identify with another group of people, even if they don’t speak or understand the same language as me, we’re all fighting the same things, going through the same struggle. I’ve been socialized to think that Black people have a different vernacular or aren’t as educated,” concluding that she has since broadened her knowledge, as others continue to categorize her based on` her skin color at first glance. Regarding how her skin color shapes her experiences, she says, “Being Black, a Ghanaian, and an African woman, I feel a lot more ambitious than a lot of my peers. I’ve always felt I needed to work really hard, put school first, become that lawyer that I told my dad at 5 I would be, and go to the best schools, jobs, internships, just so that I can make it.” She states that White people, Black men, and other poc’s have opportunities to enjoy life on their own terms more often than Black women. “I’ve never had the choice to pick one or the other, or be both, sometimes I felt not pretty or social enough, because I always had to be hardworking. Because I am Black, having a single mother, I have to work really hard to make sure my siblings who look up to me, or so I’m told, will have this path that makes life easier for them. Life feels harder but at the same time, there’s gratitude and self-reassurance I have, knowing that this is not all for nothing, but who knows because I’m a Black woman.”