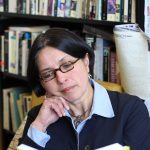 Bollywood’s India (Columbia UP, 2015) is a scholarly study of popular Hindi film and the fabrication of national identities in postcolonial India.    The volume is something of a sequel to In Another Country in its exploration of popular forms, public cultures, and postcolonial modernities in South Asia.

In Another Country: Colonialism, Culture, and the English Novel in India (New York: Columbia UP, 2002; New Delhi: Oxford UP, 2003) is a cultural history of the consumption and production of the English novel in nineteenth- and twentieth-century India. It won numerous awards including the Modern Language Association’s Prize for the Best First Book; the Sonya Rudikoff Prize for best first book in Victorian studies by the Northeast Victorian Studies Association; a Choice Outstanding Academic Title award; and honorable mention for the SHARP Book History Prize.

The 1970s and its Legacies in India’s Cinemas (Routledge 2014; co-edited with Rajinder Dudrah) explores the persistence of the 1970s in the themes and forms of contemporary Indian cinema.

Joshi is currently writing a book that rethinks the theory of the novel based on anti-literary forms such as detective and pulp fictions produced outside the metropolis.  Portions of that research are available here.  It includes publication in A History of the Indian Novel in English (Cambridge 2015), The Cambridge Companion to the Novel (2018), and The Oxford History of the Novel in English (volume 1o, 2019).  A series of essays on nomenclature and literary history is in progress:  “Globalizing Victorian Studies” appeared in 2011; “Restoring Modernism” is underway.

Joshi shares her research on public radio including on NPR’s Morning Edition; San Francisco’s Forum on KQED with Michael Krasny; St. Louis’s Cityscape on KWMU with Michael Sampson; Chicago’s Odyssey on WBEZ with Gretchen Helfrich; and University of the Air on Wisconsin Public Radio, with hosts, Emily Auerbach and Normal Gilliland.

Professor Joshi’s research has been supported by extramural grants from the National Endowment for the Humanities, the American Institute for Indian Studies, the Mrs. Giles Whiting Foundation, and humanities centers at Berkeley, Penn, and Temple.