She Persisted: Women in Music, Then and Now

On December 6, 2017, Paley Library will host “She Persisted: Women in Music Then and Now,” a symposium celebrating women’s contributions to music. Despite women’s deep engagement in music from antiquity to the present day, their accomplishments have too often been neglected or glossed over in received narratives of music history. This conference aspires to counter this trend by giving serious consideration to the women musicians whose work will be featured—and not just as women-composers or women-performers, but as individual artists in their own right. Paley Library music librarian Anne Harlow will host the event, and Gender, Sexuality, and Women’s Studies liaison Caitlin Shanley will lead a workshop on contributing to Wikipedia on underrepresented topics (i.e. women in music).

This one-day conference is an outgrowth of “Female Keyboard Composers,” a doctoral keyboard literature seminar created and taught by Professor Joyce Lindorff. Speakers will include the conveners, doctoral students Emiko Edwards, Olena Havyuk-Sheremet, and Benjamin Katz, and professors from Temple University and the greater Philadelphia area. The day’s events will conclude in Rock Hall with a 7.30 PM concert given by students, faculty, and guest artists. 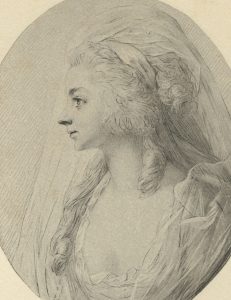 The symposium, which begins at 10:00 AM and ending at 5:00 PM, will feature the following presentations:

All presentations will be given in the Paley Library lecture hall, 1210 West Berks Street. The program is free and open to the public.