Why? Because there is never enough Scarlatti! 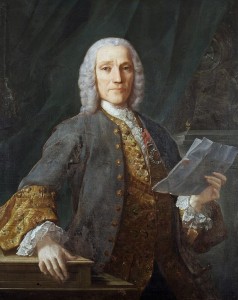 Domenico Scarlatti’s keyboard sonatas, expressive and elegant, quintessentially baroque, transport the listener to a time of grace and beauty with the charm and freshness of the Spanish and Portuguese countryside. One would never guess that the composer of this gorgeous music had a difficult beginning to his career.

A Coming of Age Story

Being born into a family of musicians undoubtedly can and usually does provide many benefits, but for the young and extraordinarily talented Domenico Scarlatti, a typical father-son competition ensued.  An authoritarian father with a fragile ego, Domenico’s father, opera composer Alessandro Scarlatti, placed obstacles in the way of his own son’s career. Alessandro first sent Domenico, at age fifteen, to Naples, then to Florence, back to Naples, forcibly removed him from his positions in Naples and from Rome, and eventually sent Domenico to Venice. However, a talent like Domenico’s cannot easily be hidden.  In Venice, Domenico participated in a keyboard competition with Georg Frederic Handel. Handel proved superior on the organ, but tied with Domenico on the harpsichord. Handel said about Scarlatti  that “besides his great talents as an artist he had the sweetest temper, and the genteelest behavior,” and the two held each other in mutual esteem. While in Rome, Marquis de Fontes, Portuguese ambassador, noticed Domenico’s extraordinary talent, which later led to Scarlatti’s appointment in Lisbon as the Maestre of the Royal Chapel to Juan V.  In Lisbon, Scarlatti taught Maria Barbara, who was to become the Queen of Spain.  Scarlatti also met Carlos Seixas, and through him learned to combine Andalucian folk melodies into his music.

As you listen to this music, you may find yourself tapping your toes! That’s ok! Andalucian folk music sounds a little like flamenco. Gypsies created flamenco combining Spanish, Moorish, and Jewish melodic and harmonic elements from the folk music of the Andalucian peninsula.  Melodically, Andalucian folk music uses phrygian mode but in the Moorish version, e, f, g sharp, a, b, often with a tension between the g and g-sharp. Harmonically, these folk songs often switch between major and minor keys, using the same melodies in first one, then in the other mode. Scarlatti incorporated these techniques into his music and also included dance-like passages from flamenco, bulerias, seguidilla, fandango (3/8 time), and canarios. On the humorous side, the theme for the Cat’s Fugue K30, was said to be invented from a kitten’s steps on a keyboard.

Scarlatti Marathon – A Sparkling Celebration of Music!
Come for a little, stay for a while!
Wednesday, January 27th
10:00 am – 4:00 pm
Paley Library Lecture Hall
Light refreshments served. Boyer recital credit given.
Be prepared to be dazzled!

Contest! Answer this question about Scarlatti to win a $10 Barnes & Noble gift certificate!