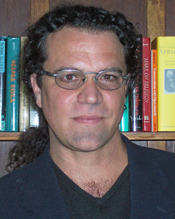 Originally, enslaved Africans in Saint Domingue (renamed Haiti) brought with them religious practices and traditions that blended with the Catholicism of French colonists to form Vodou. Later, Protestantism was introduced and spread by white and black missionaries. Today, all three religions are practiced in Haiti. According to Terry Rey, co-author of Crossing the Water and Keeping the Faith: Haitian Religion in Miami, Haitians share a similar religious orientation influenced by Vodou and the alleged spiritual power of Haiti, whether they self-identify as Catholic, Protestant, or Vodouist. The heavy denigration and stereotyping of Vodou in large measure began during the U.S. occupation of Haiti between 1915 and 1934, as soldiers and administrators misunderstood and misinterpreted the religious and social practices they witnessed on Haiti. (Popular usage of the word “zombie” spiked during this period.) These distortions, so entrenched in Hollywood films and popular literature, must be overcome in order to gain a real understanding of Haitian religion.

Temple religion professor Terry Rey and Alex Stepick, director of the Immigration and Ethnicity Institute at Florida International University, have produced a history and ethnography of Haitian religion in Miami. By surveying the religious institutions in Miami’s Little Haiti and surrounding areas, interviewing community members, and investigating the primary and secondary literatures, Rey and Stepick explain what happened to Haitian religion when it “crossed the water” to the shores of Florida. They describe Notre Dame de Haiti Catholic Church, the epicenter of support for Haitian immigrants, the shrines in and around Miami that Haitians visit for spiritual sustainance, and the annual festivals that bring the Haitian community together in celebration.  Protestant churches small and large, both storefront operations and established denominations, have filled in around Notre Dame de Haiti, along with the less prevalent Vodou botanicas, to create a religious marketplace for Haitian Americans in search of salvation goods.

Unlike the Africans who originally came to Saint Domingue, Miami’s Haitian residents stay in frequent contact with their place of birth, through modern communications and transportation technologies. I spoke with Terry Rey on January 13, 2014.

1 thought on “Crossing the Water and Keeping the Faith”