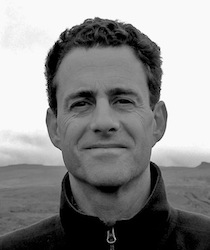 I spoke to David Wolfsdorf on June 12, 2013 on his new book, Pleasure in Ancient Greek Philosophy (Cambridge University Press, 2013).  He is an associate professor of philosophy at Temple University specializing in ancient Greek and Roman philosophy. This new work examines the views of Plato, Aristotle, the Epicureans, the Old Stoics, and the Cyrenaics with regards to pleasure. At the end of this work, he also touches on modern treatments of pleasure in philosophy. For the ancient Greeks an understanding of pleasure was a necessary part of appreciating what constituted the “good life”, an important focus of their ethical and moral theorizing. Professor Wolfsdorf’s previous work includes Trials of Reason: Plato and the Crafting of Philosophy (Oxford University Press, 2008) and many articles in leading classics and ancient philosophy journals.