Growing a sustainable city? The Question of Urban agriculture in Philadelphia

This book is available from the University of Toronto Press! See this link to order.

Urban agriculture lives large in the Philadelphia urban imaginary and plays an increasingly prominent role in sustainability discourses in what Philadelphia’s mayor hopes to make America’s “number one green city.” 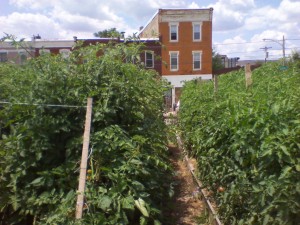 Often characterized by advocates as an urban panacea, gardening and farming seem to promise solutions to many different urban problems, such as blighted vacant lots, food insecurity, stormwater runoff, and neighborhood decline. A single garden or urban farm can address these multiple concerns by promoting social entrepreneurship, urban beautification, urban greening, youth engagement, and local economic development opportunities. Although these objectives are related under the broader mission of “sustainability,” tensions among stakeholders over competing objectives have started to emerge in Philadelphia. Questions of land tenure, the use of economic resources, and the long-term viability of urban agriculture shape the political discourse about the future of growing in the city and its role in promoting urban sustainability.

This manuscript examines urban agriculture in Philadelphia and 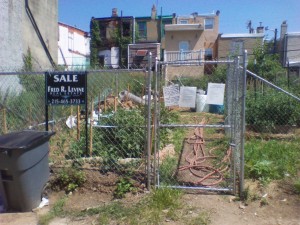 questions the role of sustainability initiatives in this post-industrial city’s quest to reinvent itself as an economically competitive city. Urban agriculture has become a symbol of Philadelphia’s economic revitalization, sustainability, and increasingly, its gentrification. Through archival research, a media content analysis, and interviews with urban farmers, gardeners, and city officials, this research examines urban agriculture’s role in Philadelphia’s transition to economic and environmental sustainability.