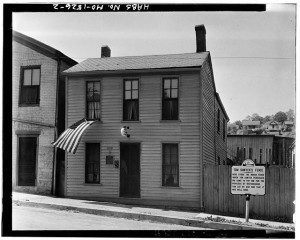 Since shortly before his death, local boosters, Twain fanatics, scholars, and others—have wanted to see where Mark Twain (and Tom Sawyer and Huck Finn) lived.  These fans put a great deal of faith in his houses as places where they could access the “real” Mark Twain.  At his houses, now museums, Twain remains as popular as he ever was during his lifetime.  Focusing on the history of Florida, Missouri; Hannibal, Missouri; Hartford, Connecticut; and Elmira, New York at the moments when members of these communities made the decision to “save” the historic structures associated with Twain in this book, Hilary Iris Lowe examines our popular devotion to Twain during the twentieth century and how the rise of his house museums have changed the way we understand Mark Twain.

For a recent review of the book, see Kathleen Corbett’s review in The Public Historian.

From Page to Place: American Literary Tourism and the Afterlives of Authors (collection edited 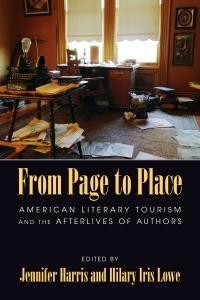 Literary tourism has existed in the United States since at least the early nineteenth century, and now includes sites in almost every corner of the country. From Page to Place examines how Americans have taken up this form of tourism, offering an investigation of the places and practices of literary tourism from literary scholars, historians, tour guides, and collectors. The essays here begin to trace for the first time the histories of some of these sites, the rituals associated with literary tourism, and the ways readers and visitors consume popular literature through touristic endeavors.