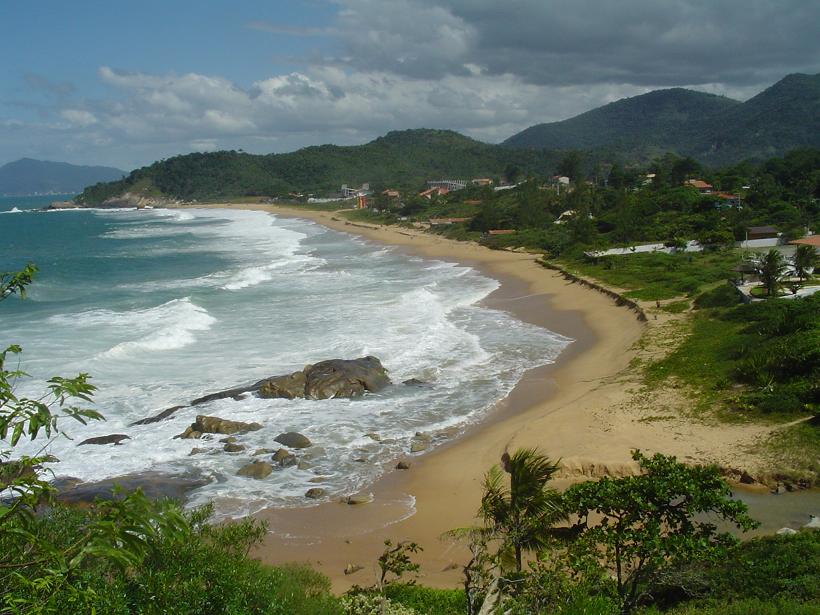 Coastal barriers and wetlands serve as sedimentary archives of climatic and oceanographic changes over the past 2,000-6,000 years. My recent work has focused on an integrated onshore-offshore approach of looking at coastal sedimentary sequences as archives of coastal morphological and climatic links. Over the past several years, I have pursued high-resolution geophysical and sedimentological analysis of sedimentary sequences of coastal lakes and ponds to document their environmental history since the mid-Holocene climatic optimum. Recent findings highlight regional patterns in wetland expansion punctuated by storm deposition. The elevated depositional surfaces and lack of tidal sediment fluxes, make freshwater backbarrier settings ideal for capturing the record of the high-magnitude events (powerful storms and possible tsunamis). A new dataset from Maine point to a massive overwash event ca. 2,300 years ago and research is ongoing. As part of reconstructing the direct impacts of storms on sandy beaches, I have been actively involved in identifying and mapping a variety of geological signatures related to erosion and retreat, such as buried berm/dune scarps and regional erosional unconformities. In some areas, these features complement the backbarrier indicators of storm activity. More often, however, these barrier-stratigraphic signatures provide the only records of coastal change in areas where coastal wetlands are absent or where barrier width and height precludes overwash. In the past, identification and dating of erosional features in clastic coastal deposits has been a challenging task. With the increasing applications of ground-penetrating radar (GPR), continuous high-resuolution records of barrier subsurface can be obtained relativly quickly. The identification of erosional unconformities is facilitated in geophysical records and sediment cores as event horizons are often enriched in coarser fraction, bioclastic materials, or heavy minerals, such as magnetite, ilmenite, garnet, etc. (see photo). Recent developments in optically stimulated luminescence (OSL) dating technique offer great opportunities for obtaining ages on clastic sediments, thus expanding the chronological control to coastal sequences commonly devoid of organics. Barrier sands associated with buried erosional scarps in northern Massachusetts and central Maine have been optically dated to 1,800 and 1,600 years, respectively, thus providing for the first time a barrier-derived chronology of large-magnitude erosional events in New England over the past 2,000 years. In addition to research along the U.S. East Coast, I am pursuing field research and development of new methodologies aimed at reconstructing the long-term history of coastal erosion by cyclones and tsunamis at a number of sites in the Southern Hemisphere. Recent research in the Bahamas (Exuma, Eleuthera, and San Salvador Islands) opened new opportunities to investigate the role of storms in controlling the pattern of strandplain development. 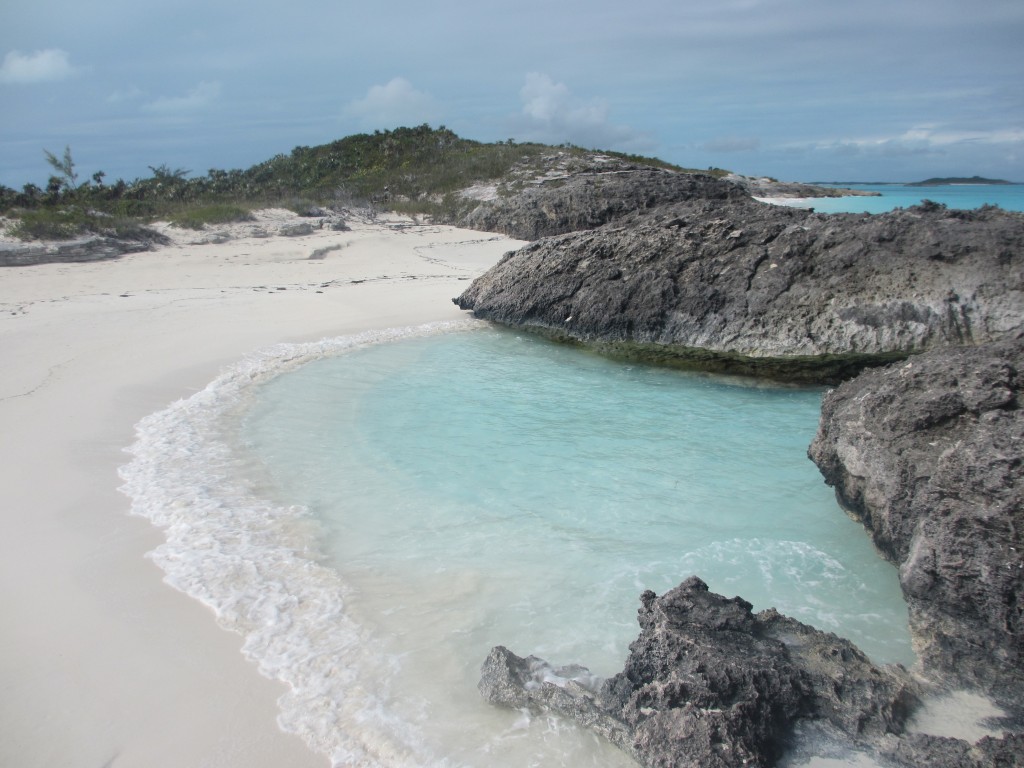 Coastal barrier segments adjacent to active tidal inlets often undergo rapid changes, particularly if not stabilized by coastal structures. The effects of barrier breaching and formation of new inlets following large storms may also cause dramatic transformations in coastal dynamics. The adverse impacts of barrier breaching often include a substantial increase in ambient wave and tidal conditions with subsequent changes in sediment and nutrient transport patterns, rapid adjustments of bathymetry, as well as damage to existing infrastructure. Therefore, the vulnerability of coastal barriers to breaching and overwash, as well as their response to the opening of new inlets are among the key factors to be considered by coastal managers and engineers. Despite a number of qualitative studies and observations of barrier breaching, there is a paucity of comprehensive research on breaching processes and the environmental legacy of former breaches. In the past, former inlet sites have been identified through geomorphic evidence, extensive coring efforts or historical documents. However, geomorphic evidence of inlet channels may be drastically modified or obliterated by natural processes (overwash, dune migration, vegetation) or human development. Sediment cores are expensive to obtain and offer point data that often miss subsurface features of limited spatial extent, such as small inlet channels. Similarly, although large flood-tidal delta and washover deposits may be differentiated based on their sedimentary sequences, it is often difficult to make clear distinctions for back-barrier deposits associated with small, ephemeral inlets or breachways. The advent of new subsurface imaging technology, such as ground-penetrating radar (GPR), allows for continuous, high-resolution surveying of subsurface barrier architecture, with penetration depths of 5-10 m common for coastal regions. Although the electromagnetic radar signal is attenuated by salt water, the relatively high hydraulic permeability and width of many barrier systems allow for freshwater conditions to dominate the shallow subsurface, making GPR a viable imaging tool for these settings. In recent years, a number of researchers have employed GPR surveying for imaging tidal inlet or inlet-associated facies. Recent studies along the barriers of Maine, Massachusetts, Virginia, North Carolina, South Carolina, and Brazil documented the locations and dimensions of several historical inlets and revealed a number of relict channels. 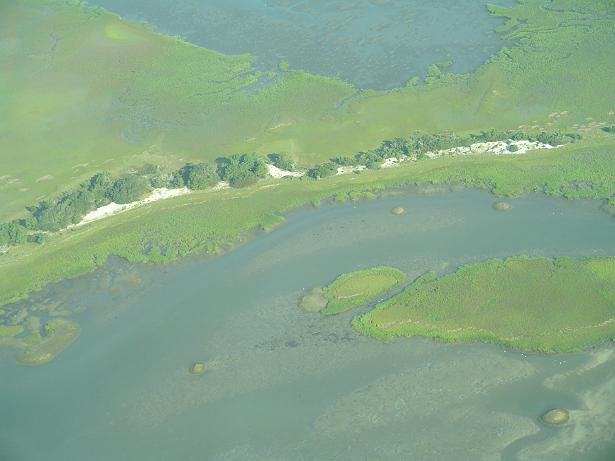 Much of the eastern seaboard of South America has experienced relative sea-level fall over the past 5,000 years, however as this trend has recently changed to that of sea-level rise, many coastal regions are faced with unprecedented trends of erosion and sediment loss. As an integral part of the project aimed to understand the evolution of coastal sandplains in southern Brazil and to identify signatures of past erosional events, an international team of researchers conducted fieldwork in November 2004. This effort, partially funded by the Independent Study Award, provided the first set of high-resolution geophysical (ground-penetrating radar; GPR) profiles and radiocarbon dates from this part of the country as part of a larger effort to understand the interplay between climate, sediment supply, oceanographic processes, and coastal behavior. The resulting dataset is one of the first comprehensive field studies in this part of South America and the analysis and interpretation of the data are crucial for further development of collaborative projects. As part of the field program, more than 35 km of surveys were collected, including: Tijucas strandplain (25 km), Navegantes strandplain (4.5 km), Itapocú barrier spit (4.0 km), Camboriú Peninsula beaches (2.5 km). The GPR images were ground-truthed with more than twenty sediment cores to provide information on the geology of coastal deposits and to collect samples for radiocarbon dating. The images revealed contrasting styles of deposition between Tijucas and Navegantes plains, with the former having steeper nearshore slopes and coarse-grained sediment fluxes. Furthermore, there is a temporal change at the Tijucas plain from sand-dominated, high-energy coast to a mud-dominated plain. One of the questions was the cause (natural vs. human-induced) of this switch in sedimentary regime. Two new dates indicate that: 1) the switch to mud-dominated conditions at Tijucas occurred ~1,200 years ago and is thus the result of non-anthropogenic causes; and 2) the formation of lagoons at Navegantes coastal plain ca. 1,300 years ago, with subsequent progradation (seaward growth) of the shoreline averaging 1 m/yr. This database will be compared to the most recent shoreline changes in the two regions. Further radiocarbon and optical dating will be used to constrain the key depositional episodes at a number of locations in southern Brazil. Along with reconstructing the depositional history of coastal plains, erosional signatures are the focus of the present and future studies. A powerful storm considered one of the first hurricanes in Brazil, which made landfall in the study area in March 2004, underscored the vulnerability of she shoreline to wave-induced erosion, especially when combined with the recent trends of accelerated sea-level rise. In order to understand the impact and recurrence intervals of such events, it is necessary to extend the very limited instrumental records of coastal change into prehistory. The overall regime of seaward growth of coastal plains during falling sea level provides an ideal setting for preserving within these beach deposits the signatures of coastal erosion by South Atlantic storms and rainfall-induced runoff. Some of the findings of the present study were incorporated into a recent proposal to the Coastal Ocean Institute as part of the effort to establish long-term records of coastal erosion in the Southern Hemisphere. In this proposal, the erosional signatures revealed in subsurface images from southern Brazil will be used to guide the sampling strategy for optical dating of beach sands. These data will be compared to storm and tsunami deposits along the active margins in order to compare the geological signatures of extreme events. 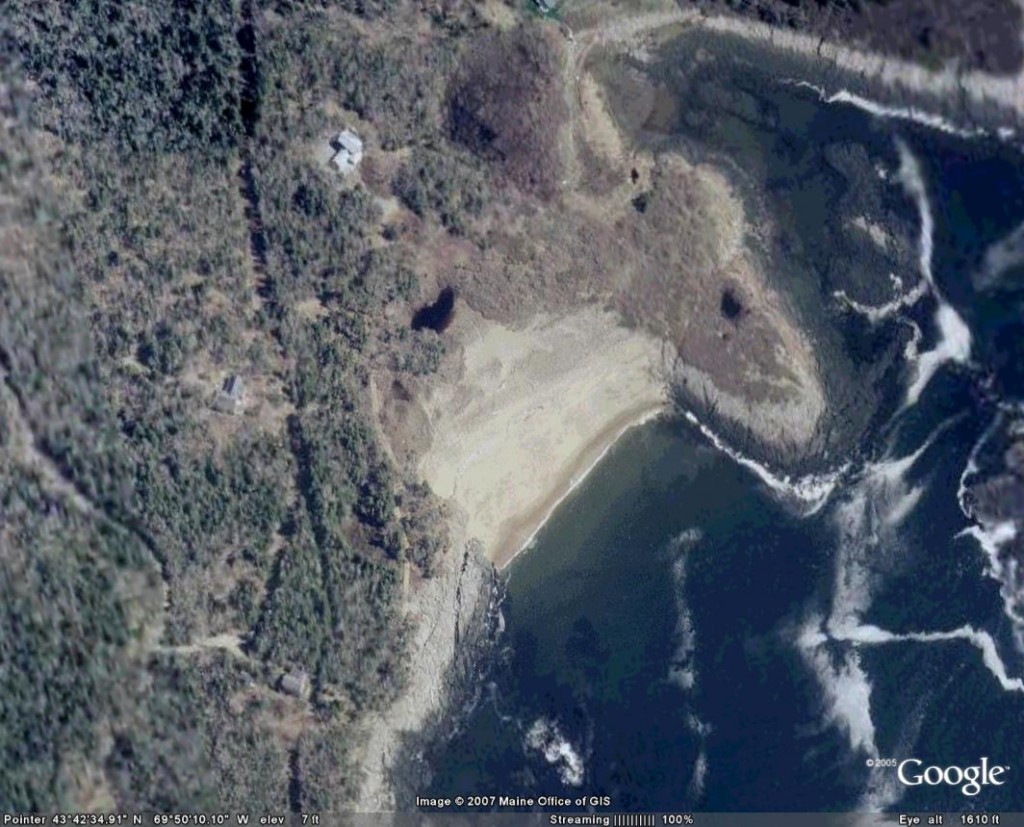