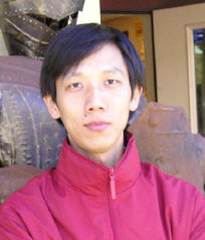 Dr. Xing was born in the city of Nantong, which is located on the Pacific coast about 100 miles away from Shanghai. He pursued his undergraduate studies in Shanghai, and graduated from Shanghai Jiaotong University in the Summer of 1999 with a Bachelor of Science. During his years as an undergraduate student he worked on making printed circuit boards (PCB).

He joined the Borguet group in May 2004, focusing on nano-scale dynamics at solid-liquid interfaces. His project was to specifically study the movement of molecules on gold surface in solution by STM, with the goal of determining what factors dictate the movement of single molecules on surfaces.

Dr. Xing received the Daniel Swern Fellowship in Summer 2006, and the Temple College of Science and Technology Graduate Research Award in 2009.

Dr. Xing won a prize for his poster “Two Dimensional Charge Diffusion in a Self-Assembled Monolayer of Redox Active Porphyrins” at the Philadelphia ACS conference, in January 2007.

Dr. Xing then received a Temple College of Science and Technology Graduate Research Award at the CST Awards Dinner, in November 2009.

In November of 2009, he defended his Ph.D. dissertation and graduated in August 2009. After graduating he joined Ethicon (a J&J company), working in the analytical characterization team. His role was to support the development of new products for surgical care. He currently holds a position at Starkey Laboratories as an Advanced Packaging R&D Engineer in Eden, Prairie, Minnesota.

Dr. Xing has eleven papers published, three as first author and 8 as co-author.