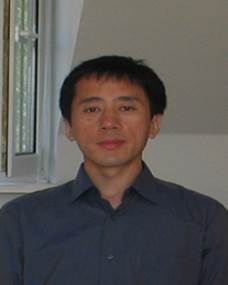 Zhihai Li was born in the northeast of China – Heilongjiang Province. The peaceful country life brought him a lot of beautiful memories. He became quite interested in nature during his childhood and won the third prize in the National Olympic Chemistry Contest in 1988. He was the only one who ever won such a prize at his school. His excellent performance allowed him to enter into the Department of Chemistry at Jilin University, where he received rigorous training in chemistry during his bachelor and master studies.

In August 2010, he joined the Borguet research group, where he led the Scanning Probe and Single Molecule Team in Borguet Laboratory, focusing on electron transfer and single molecule conductance of molecules with a special focus on the tailored porphyrins with multiple contacts and custom-designed multi-porphyrun molecular wires. He also worked on anchoring and media effect on the molecular conductance, as well as the electro-chemical STM studies of functional molecules at electrified interfaces.

In Fall 2014, Dr. Li joined the faculty of the Department of Chemistry at Ball State University.