1. Images and info from an October/November/December 2019 research cruise west of the Antarctic peninsula aboard the Nathaniel B. Palmer.

Unlike the LMG expedition (see #2 below), I was able to make this cruise and the CTD worked! There were some lost science days with thick ice and a call back from our southernmost station to participate in an emergency evacuation between the U.S. Palmer Station to the Chilean Frei Station for a flight to Punta Arenas. Although our goal to revisit and secure comparative data from the 13 stations from the LMG 19-04 was not achieved, it was , overall, quite a success.

Views of bergs and shoreline 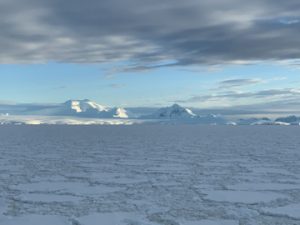 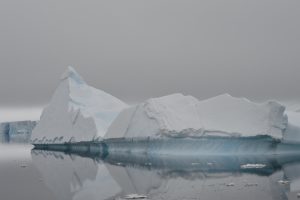 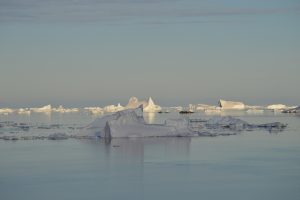 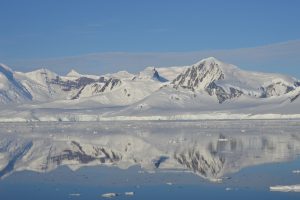 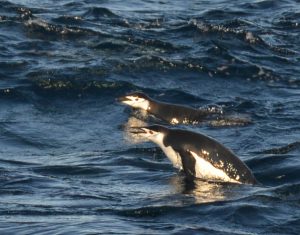 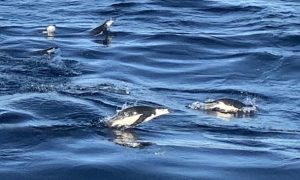 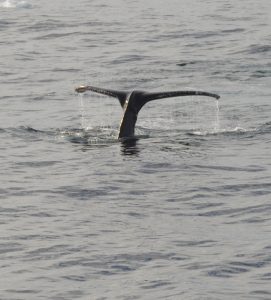 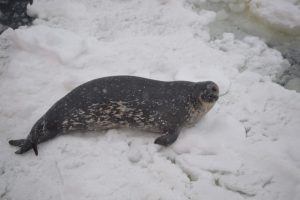 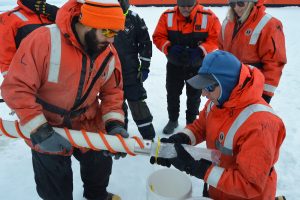 Chris and Jay Diii with an ice core.

2. Images and info from an April/May 2019 research cruise west of the Antarctic peninsula aboard the Laurence M. Gould 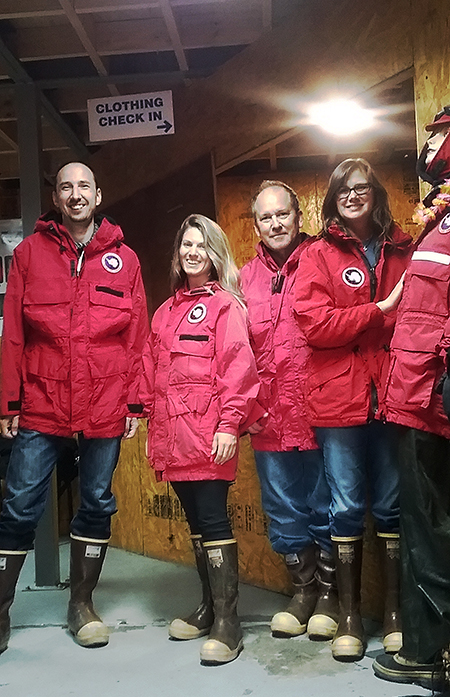 I was scheduled to be on the Gould for LMG19-04 (April 10 – May 28) for my 5th Antarctic trip, but at the last minute was unable to travel. The team, however, was able to set up and left Punta Arenas, Chile on April 12. The rest of the team consists of (L-toR) Jean-David Grattepanche (Temple), Ari Simmering (University of West Florida), Wade Jeffrey (University of West Florida) and Rebecca Gast (WHOI).The dummy on right is not part of the team.

Oceanographers seem to love acronyms and often give a cruise or a series of cruises a name. Our team’s is moniker is REMIXED which stands for Research Examining MIXotrophic Ecology and Diversity.

What is it we’re doing and why are we interested?  Traditionally, microbial eukaryotes (algae and protists – not bacteria) are considered either phototrophic (use sunlight to grow) or heterotrophic (eat prey to grow).  Mixotrophy refers to an organism’s ability to utilize a combination of these trophic strategies.  We are specifically interested in the micro-algae that are able to eat prey.  They are not unique to the Antarctic, but this alternative nutritional strategy may help them survive several months of darkness in the polar winter. We’ve found them at both poles (and lakes and tropical oceans). You can follow the team’s experiences on Becky’s blog of the trip. Here’s a link to her first post: https://www2.whoi.edu/staff/rgast/2019/04/14/

I’ve stolen these pics from her to post here. 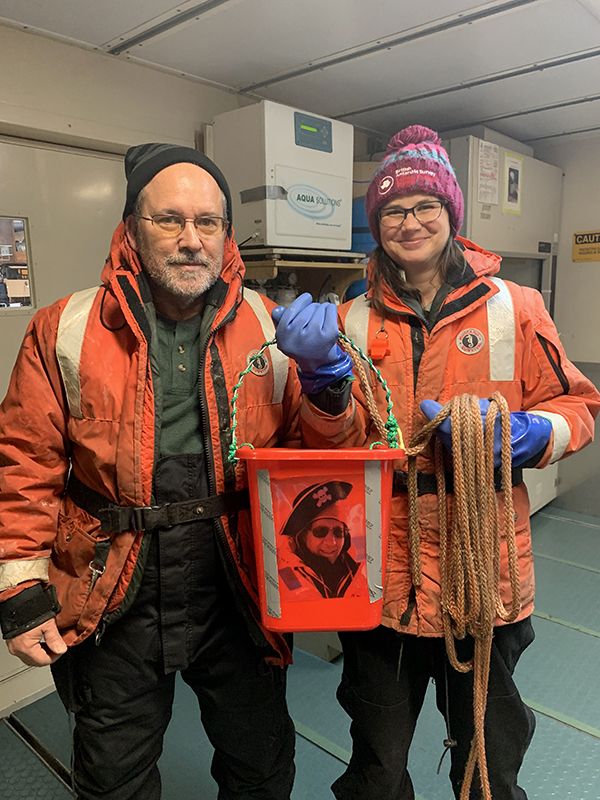 The CTD, used to collect water from depth had issues, so they used backups – buckets named “Bob” – to put me in the cold with them (at least symbolically).

3. Images and info from research cruises in the Ross Sea (Antarctica) aboard the Nathaniel B. Palmer

I participated in four cruises in the Ross Sea, Antarctica working with Rebecca Gast (Woods Hole Oceanographic Institution) and David Caron (University of Southern California, formerly at WHOI).  In December/January 1998/1999, I helped isolate protists and bring them into culture to establish a culture collection of protists from an extreme environment.  This collection of protists, with additions of species from our other cruises, has been maintained at WHOI, USC and Temple University. In October/November 2003, the N.B. Palmer lost 2 of its 4 engines and we were forced to turn back before reaching our target area of research – the ice-free region (the polynya) that develops in the southern Ross Sea each October/November in an otherwise ice-covered ocean. We were able to run a side experiment examining the sensitivity of the heterotrophic flagellate, Paraphysomonas, to UV radiation.  For a web page related to the second cruise try this link.  In 2005, we were once again aboard the Palmer for a cruise to the polynya.  At that time I teamed with Steffi Moorthi to survey several stations for the presence of mixotrophic flagellates in the Ross Sea.  We found mixotrophic protists, which have chloroplasts (are photosynthetic) and ingest bacteria in varying proportions at every station.  These included communities in open water, water under ice, and in cores from pack ice (Moorthi, Caron, Gast & Sanders. 2009. AME 54:269-277). In January 2011, we returned to investigate mixotrophy once again – keep an eye out for updates of the research from that cruise and from our 2009 Cruise to the Arctic Ocean (Sanders & Gast. 2012. FEMS Microbiology Ecology 82:242-253). And now it looks like I’ll be headed to the western side of the Antarctic peninsula in April 2019 (along with Rebecca Gast and Wade Jeffrey)!