Ever since we started talking about the topic of “The Self-Made Man” in class, one name has continued to occupy my mind.  This person fits the description and embodies what it means to be self-made in the American culture; someone who goes on to obtain great success through sheer determination, willpower, and hard work when everything else seems to be against them.  Abraham Lincoln, the sixteenth President of the United States and the man who was able to successfully lead the Union to victory during the Civil War, is the closest thing to being self-made that anyone could find.  It is important to note that Lincoln is simply the “closest” person to fitting the mold of what the self-made man is.  One important concept that was covered in class is the idea that no person is entirely self-made.  This is because people are often dependent on other people for their success.  As Oprah Winfrey once stated, “Surround yourself with those who only lift you higher.”  What Winfrey is saying in this quote is that if someone wants to be the best that they can be at something, they are going to have to surround themselves with other people who have the skills to elevate that person to be the best.  This sort of practice is often seen in the most successful companies and has yielded positive results for almost anyone who has tried it. (photo via https://harpers.org/abraham-lincoln-1862/)

With this in mind, when analyzing Lincoln, it becomes very clear that while at points he was dependent on individuals for his success, most of his accomplishments came without the help of others.  From an early age in rural Kentucky, Lincoln was able to almost entirely self-educate himself–he did receive about eighteen months of formal education as a youth–by reading anything he could find (depicted in photo below via https://aboutpresidentabrahamlincoln.blogspot.com/p/abraham-lincoln-childhood-pictures-and.html) 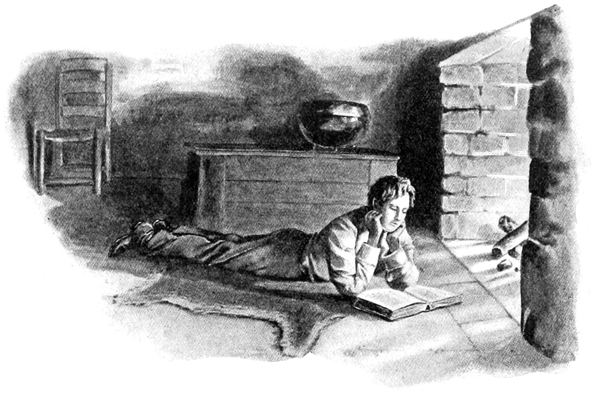 He was able to teach himself Law and practice successfully before being elected to the Illinois State Legislature and the United States House of Representatives.  While he lost in the famous 1858 Illinois Senate Election to Stephen Douglass, he did not let defeat deter him from his goal of making America a better place without the heinous practice of slavery–this idea of perseverance and the underdog is also popular in American culture.  (depicted in photo below, via https://www.britannica.com/event/Lincoln-Douglas-debates),

Using his great performances in the Lincoln-Douglass Debates he persevered and won the Presidency in 1860.  As President, he was able to accomplish some things that politicians today could only dream of; leading America through its darkest times, abolishing slavery, and signing legislation like the Homestead Act and the Morrill Land-Grant act are just some of these impressive accomplishments.  Almost all these accomplishments show his limited dependency on others and reinforce the fact that he is mostly a self-made man; while he did have a cabinet of advisors and Congress to help him with all these situations/ideas, he was the one at the forefront of all of these and the one who was primarily responsible for their success.

Icons like Abraham Lincoln are the ones that Americans and people from all around the world should be looking up to and striving to be like.  Of course, Lincoln was not without his flaws, and these flaws are often overlooked/forgotten about due to the pedestal that al icons are put on where myths seem to take over reality, but overall, he is a great role model and the closest thing to being a “Self-Made Man” that there is.