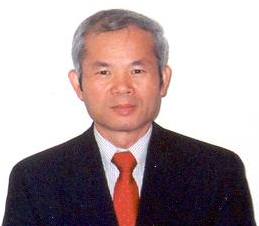 William W. S. Wei is a Professor of Statistical Science at Temple University in Philadelphia, Pennsylvania, United States of America.  He earned his B.A. in Economics from the National Taiwan University (1966), B.A. in Mathematics from the University of Oregon (1969), and M.S. (1972) and Ph.D. (1974) in Statistics from the University of Wisconsin, Madison. From 1982-87, he was the Chair of the Department of Statistics at Temple University.  He has been a Visiting Professor at many universities including Nankai University in China, National University of Colombia in Colombia, National Sun Yat-Sen University, National Chiao Tung University, and National Taiwan University in Taiwan. His research interests include time series analysis, forecasting methods, statistical modeling, and their applications. He has developed new methodology in seasonal adjustment, aggregation and disaggregation, outlier detection, robust estimation, and vector time series analysis.  Some of his most significant contributions include extensive research on the effects of aggregation, methods of measuring information loss due to aggregation, new stochastic procedures of performing data disaggregation, model-free outlier detection techniques, robust methods of estimating autocorrelations, statistics for analyzing multivariate time series, and dimension reduction for high dimensional time series.  His first book, Time Series Analysis–Univariate and Multivariate Methods, the first edition published in 1990 and the second edition published in 2006, has been translated into several languages and heavily cited by researchers worldwide. He has his second book, Multivariate Time Series Analysis and Applications, published by Wiley in 2109. He is an active educator and researcher. He has successfully supervised many Ph.D. students, who hold teaching positions at universities or leadership positions in government and industry throughout the world. He is a Fellow of the American Statistical Association, a Fellow of the Royal Statistical Society, and an Elected Member of the International Statistical Institute. He was the 2002 President of ICSA (International Chinese Statistical Association).  He is currently an Associate Editor of the Journal of Forecasting and the Journal of Applied Statistical Science. In addition to teaching and research, he is also active in community service. He served on the educational advisory committee of his local school district, as the chair of the selection committee for a community high school scholarship program, and as the president of several community organizations, including the Taiwanese Hakka Associations of America. Among the many awards he has received are the 2014 Lifetime Achievement Award and the 2016 Musser Award for Excellence in Research from the Temple University Fox School of Business.