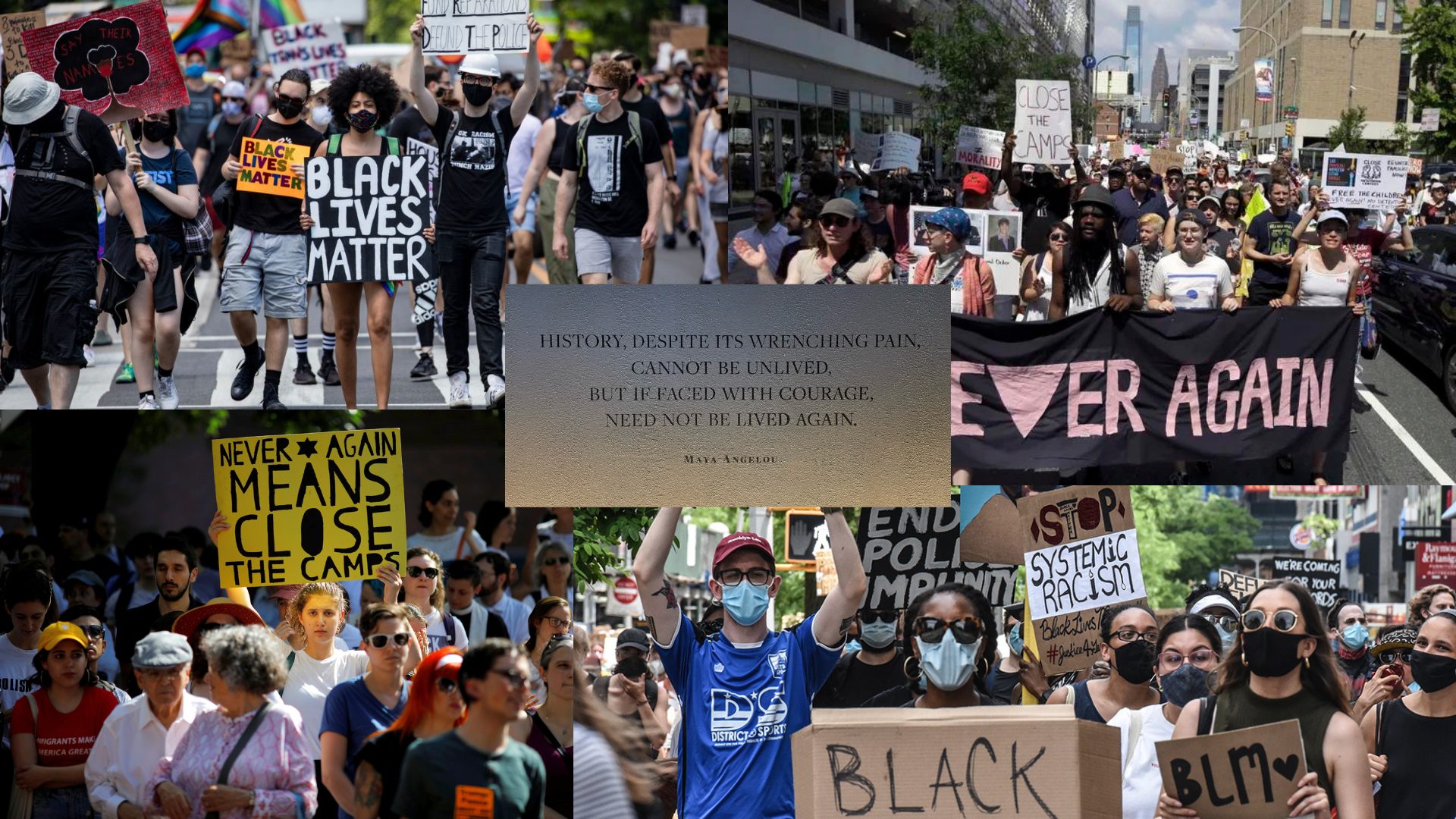 We all know the stories. Between the caste system of India, American slavery, and the Holocaust, it’s likely we cannot help but know these stories. They are the stories of our loved ones, friends, neighbors, instructors, and colleagues. They are the stories of those we’ve lost in life and also those who are yet to be born into this life. These stories surround us more than we know, regardless of whether we acknowledge them or not. They will also not cease to exist if not acknowledged. However, these are all things we should know by now and if we don’t, we’re in big trouble.

Reconstruction often occurs after a war and the term describes the period in which a region recovers from war. For example, one of the most popular reconstruction eras is the one that occurred right after the United States’ Civil War. It’s commonly dated from late 1863 to early 1877.

In traumatic events like slavery and the Holocaust, I would go so far as to describe those events as an unfair war wedged against marginalized communities for gain. With this context in mind, the period that occurs afterward can be recognized as a reconstruction period for these communities. This isn’t to say that the oppression is over for these communities. Instead, view this as a war that has concluded where Black and Jewish peoples still suffer the after-effects and must build upon that. The plight for equity and justice continues.

Each community handles reconstruction differently as each community’s needs vary. However, I’ve observed similarities in the treatment of these communities during this period.  For example, upon being freed from slavery, African Americans faced housing displacement, poverty, and a large surge in postwar violence through hate groups (The Klanswatch Project). Formerly enslaved people focused on building community through a network of resources in places of worship. Those intricate networks still exist today throughout the Black church to create places where Black families can build community and foster culture. Very similar to liberated African American slaves, following the liberation of Nazi concentration camps, camp survivors often faced a variety of issues including displacement, poverty, and a surge in postwar violence and antisemitism (Blakemore, 2020). However, Jewish communities across the world rallied together by forming resource networks to support and uplift each other during the aftermath (USHMM).

Reconstruction can look many different ways but it just starts with rebuilding what was lost and creating what you can with what you have. With that being said, it’s time to examine disruption because oftentimes lower castes must make do with what they have and it’s been shown time and time again that they often have much less than their dominant caste counterparts. Until adjustments are made that will have equitable results for all castes, reconstruction efforts will continue because the war as a whole will not be over yet.

One of the largest drivers of casteism in a society is the stereotypes that negatively portray those in lower castes. The media has a large role in this considering they are often the main source of news for people. Be it a local news channel, social media account, local paper, or word of mouth, they are all excellent channels for stereotypes to grow and spread. For example, one stereotype that’s extremely harmful and is easily spread in the media is one that Black people are dangerous. Of course, it’s not so plainly said. A more accurate example of that is consistently showing mug shots of victims who have died at the hands of police. In the same breath, these outlets will then also utilize school and family photos to showcase those who are mass shooters. Utilizing the mugshots of-nonviolent victims vs the family photos of main to inform the public news. They aren’t plainly saying that Black people are dangerous, but the implications are there as their audience reads between the lines. Media professionals must understand that they hold a personal responsibility not to political alliances or donors but specifically to their viewers and make sure they cover stories as realistic as possible.

Isabel Wilkerson’s Caste uses an amazing analogy of an old house to describe the current climate of the United States. In an old house, there is always maintenance to be done, and inaction will only lead to more issues in the long run. There are many flaws and issues within this country’s very foundation and core. Ignoring or leaving the issue unchecked will simply drive them deeper into the core and escalate them, causing much bigger issues down the road (Wilkerson, 15).

Reconstruction is a simple topic but it’s also a long, complex journey that lower castes must continuously regroup and rebuild. The reconstruction of these lower castes will never be over until the main war is over as the reconstruction of a community can only help bridge what they’ve lost and collaborate to find more. Disrupting stereotypes and systematic oppression is the only way to fully reconstruct these communities for good.

In order to repair the damage caused by the caste system, everyone has to recognize what effects they benefit from and what they actively participate in. Seek little ways to make a difference in your life and those around you. Actively raise the voices of the lower castes affected by issues and make sure that your voice is not a dominant one in the conversation. How can you work to eradicate caste and systemic issues in your region? How can you actively work to disrupt the stereotypes that drive hatred?

View all posts by Charity McLaughlin →