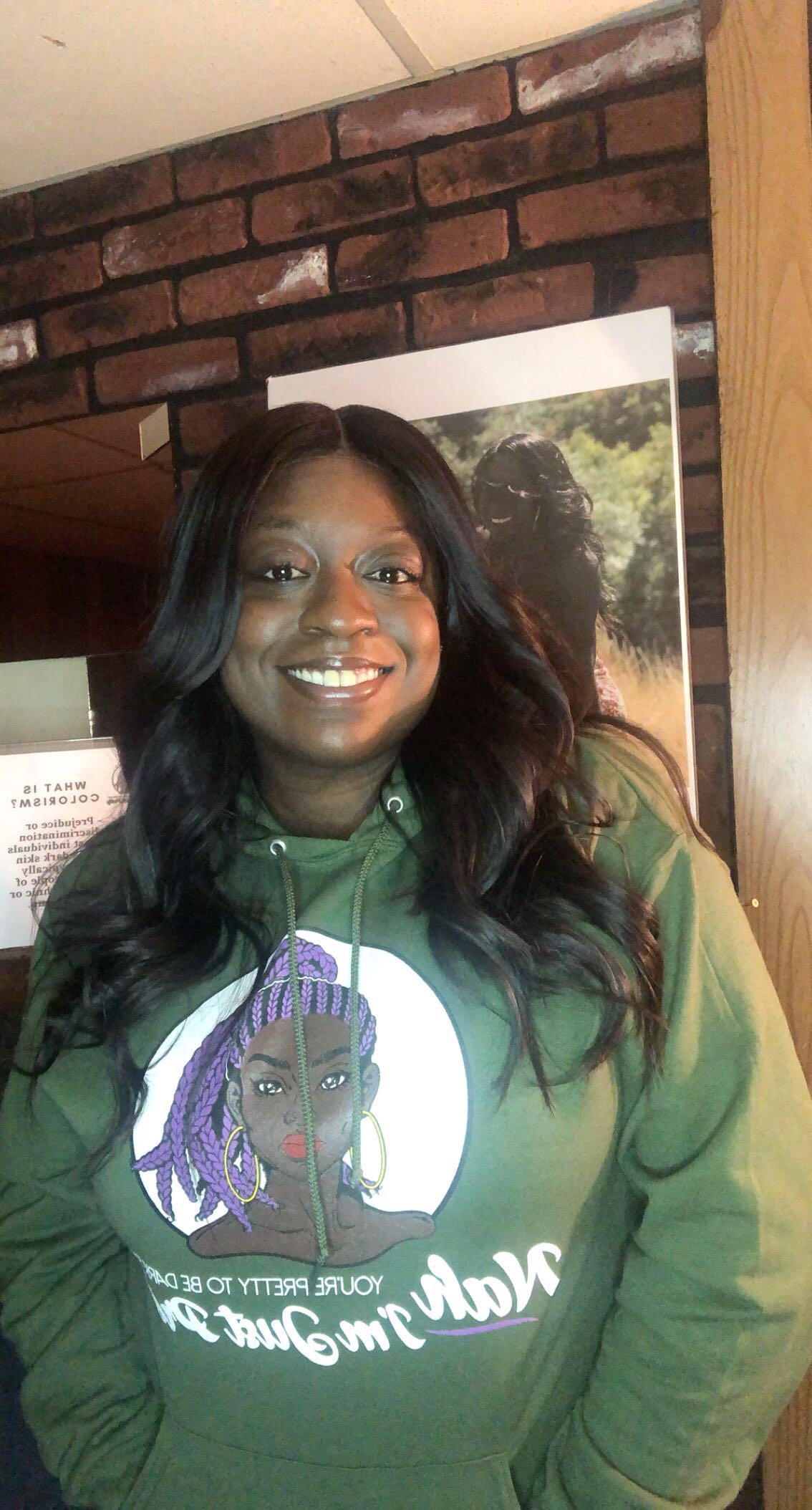 Growing up, Lavoughnda was subjected to colorist jokes by her family members and people from school where her dark complexion was often the punchline. She internalized this colorism by editing and subduing herself to hide from these jokes because, in her head, people wouldn’t joke about her color if she wasn’t too out there. She didn’t wear light colors because she thought it would highlight her dark complexion even more. Lavoughnda used her passion for sports and humor to cope with this rampant colorism. Colorism also impacted Lavoughnda’s dating preferences where she found herself choosing to be with lighter-skinned men due to her internalized colorism. “I didn’t want my partner to be made fun of,” Lavoughnda said, who had dealt with jokes surrounding her color all her life. Other men would use double-edged remarks as compliments, saying that she was “pretty to be dark-skinned.” This prompted Lavoughnda to reply with “Nah, I’m Just Pretty.” From that point on, Lavoughnda put in more of a conscious effort into unpacking and unlearning her internalized colorism to heal and love herself. Even now, Lavoughnda finds herself questioning her choices. “Should I wear this lipstick color?” “Will I look good in this?” For her, the journey towards self-love is hard and requires constant self-reflection and self-correction. Self-love is an uphill battle when you have been taught to doubt yourself and be uncomfortable in your own skin all your life, Lavoughnda said. When she was teaching second-graders, some of them were hesitant to stay outside playing at recess for long periods of time because they feared getting darker. This cycle of self-hatred and internalization starts at home and is further reinforced by the media and society, according to Lavoughnda, which is why parents should watch what they say and do in front of their children. We need to kill the preference talk when it comes to dating, call white people out and hold others accountable for being a colorist, Lavoughnda said. Lavoughnda is the proud founder of @nahimjustpretty which is a social enterprise that fights colorism. Please follow and support her!