Celebrate with some olympic music!  Music enveloped the entire 2012 London Olympics event, showcasing, highlighting, and, of course, advertising the musical talent of Great Britain.  Spectators and viewers from around the world heard everything from the London Philharmonic, to the Spice Girls,  Paul McCartney,  Mr. Bean (?!) and much more.

Want to read more about the music at the London 2012 Olympics?  Here are a few articles.  NPR’s “Know-It-All’s Guide to Olympic Music” crowns the list for a general overview.  Articles from the National Post and the Hollywood Reporter cover the opening ceremonies nicely, and articles in the BBC, the Telegraph, and Rolling Stone wrapped up the event.

Music from the Olympics will soon be available for purchase, but why wait?  You can listen to Olympian music free*** from Temple University Libraries’ Naxos Music Library.  Happy Listening! 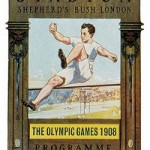 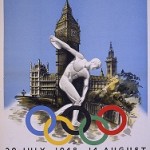