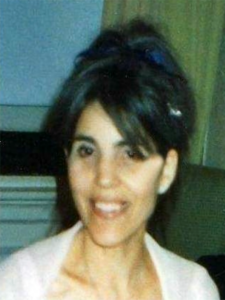 is currently a Doctoral student in Education, holds two Masters degrees, one in Mathematics Education from Widener University where she graduated with a 4.0 GPA and the other Masters in Education from La Salle University with a 4.0 GPA and where she graduated with honors and received the Graduate Faculty Award for “Excellence in Academic Achievement and Leadership”. Today, Barbara serves as their President of the Philadelphia Area Chapter for Pi Lambda Theta, the International Honor Society and Professional Association in Education where she has Lead the Chapter toward eighteen (18) top honors.

Nominated Second Vice President and Regional Director for the National Council of Supervisors of Mathematics, Ms. Pearl has been featured on national TV for Comcast-on-Demand and in Creative Classroom and has been distinguished as an “excellent instructor with a true love of her subject and a gift for knowing her audience.”

The author of Math in Motion: Origami in the Classroom and Whale of a Tale, Barbara is recognized around the country for her inspiring and motivational programs that promote a “positive message” about mathematics. As an international speaker Ms. Pearl has traveled extensively throughout the United States, Europe and Asia including Japan, China, Russia and the Gobi Desert. She developed Math in Motion in 1979 while working as a classroom teacher. Her background in mathematics and education inspired her to explore strategies that get students excited about mathematics and learning.

Ms. Pearl has received numerous awards and grants and is the recipient of the “Ezra Jack Keats” Award from the Los Angeles County Public Libraries for her multicultural Program of the Year, Bucks County Libraries as the National Library Week Travel Program, visiting 18 branches, and John F. Kennedy, “Artist as Educator” participant. She installed the first “Origami & Mathematics” exhibits at The Franklin Institute Science Museum, the Philadelphia International Airport, “Origami: The Universal Fold,” and The Free Library of Philadelphia, “Peace of Paper.” Barbara’s Origami Collection was selected for the 2006-2007 Artmobile tour and travelled to over 20,000 school children in the Bucks County area.  The Spanish translation of Math in Motion is now available and Ms. Pearl is working on Book II. A percentage of sales is donated to humanitarian organizations that support global education.

I will write ‘peace’ on your wings and you will fly all over the world.   –Sadako Sasaki

According to Japanese legend, if you fold one thousand cranes they will bring you good-luck and long life. It is based on a children’s story, Sadako and the Thousand Paper Cranes by Eleanor Coerr. Throughout history, the crane has gained recognition as an international symbol of peace and happiness.