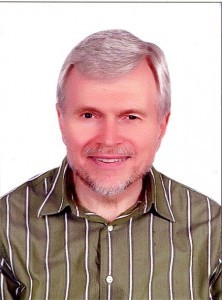 a form of a religion, especially Islam or Protestant Christianity, that upholds belief in the strict, literal interpretation of scripture.

…..and the Concise Oxford Dictionary of World Religions (2003) gives this definition…..

In general, a description of those who return to what they believe to be the fundamental truths and practices of a religion. It can thus be applied to this attitude in all religions (e.g. the resurgence of conservative Islam is sometimes called ‘Islamic fundamentalism’). But this use is often resented by such people, because of its more usual identification with those, in Christianity, who defend the Bible against charges that it contains any kind of error. More specifically, it denotes the view of Protestant Christians opposed to the historical and theological implications of critical study of the Bible.

To avoid overtones of closed-mindedness, Christians in the Fundamentalist tradition often prefer to be called Conservative Evangelicals.

The word (Arab. equivalents are salafiyya and uṣūliyya) is used of Muslims, when it refers to those who assert the literal truth of the Qurʾān and the validity of its legal and ritual commandments for modern people.

I’m guessing that my two guests, Temple University professors David Watt (History) and Khalid Blankinship (Religion) would have some problems with each of these definitions. I invited them to my office to speak about Fundamentalism: Perspectives on a Contested History (University of South Carolina Press, 2014, Print / Online) on March 6, 2015. This anthology, edited by David Watt and Simon A. Wood, presents multiple scholarly perspectives on the history, concept, and use of the term “fundamentalism” in the monotheistic traditions of Judaism, Christianity, and Islam. David Watt is a specialist on Protestant Christianity and Khalid Blankinship on Islam.

For anyone who pays attention to the news, it’s difficult to make it through the day without hearing the word fundamentalism thrown around in many different ways and in many different contexts. Among scholars, some believe that this term captures a set of features and characteristics that generally hold across religious boundaries, while others assert that its use obscures diversity and collapses differences. While Fundamentalism: Perspectives on a Contested History contains perspectives from each side of this debate, my two guests belong to the latter group. Both have contributed chapters to the present volume.

This interview will provide listeners with a deeper appreciation of the diversity of beliefs and practices that lies behind the term fundamentalism. An understanding of its origin, transformation, and use will prompt consumers of the news to listen more closely, read more carefully, and ask better questions.

2 thoughts on “What is fundamentalism?”