Skip to content
The Washington Monument is an iconic symbol of the resonance of the Founding Fathers in our modern era. Like the Liberty Bell, it has a federal distinction (besides the fact that it is located in the nation’s capital). It also has a unique history, and has developed its share of stories over time. The monument also has some flaws, that are not as obvious as a crack in the center of the Liberty Bell.

The National Parks Service remarks that the Monument, “…serving as an awe-inspiring reminder of George Washington’s greatness. The monument, like the man, stands in no one’s shadow.” [1] Originally the Monument was meant to be grandeur than it is now. Construction for the Monument began in 1848, funding for the Monument mainly originated from charitable donations, as this project was not federally funded.[2] The architect was Robert Mills, who’s originally plan was, “…called for a 600-foot Egyptian-style obelisk ringed by thirty 100-foot columns.”[3] Due to among other things, a lack of funding, only the obelisk remains as part of Mill’s vision. So, the Washington monument is the only American icon that remains unfinished. Like the Liberty Bell’s crack, it has a unique feature (or lack of one in this case) that sets it apart from everyday objects. 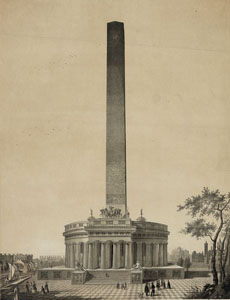 Figure 1: Original Design for the Monument [4]

Public reaction to the Washington Monument was mixed during its construction, especially in the 1850s, when the Know Nothing Party took over the board for the Monument’s construction [5] This was a nativist group, who were Anti-Catholic to the point where they destroyed Pope Pius IX commemorative stone the Vatican sent for the Monument [6] Construction was halted in the 1860s, as the Civil War became the biggest issue in the Capitol. The Monument was halfway finished at this time, and Mark Twain noted, “It has the aspect of a factory chimney with the top broken off,” [7] Also during the Civil War the land around the monument itself, “…were used as a cattle pen for the Union Army. There was also a slaughterhouse behind the monument.”[8] Only after the nation itself had healed could construction on the Monument resume, this phase was federally funded as signed by President Ulysses S. Grant in 1876[9]

The Washington Monument like the Liberty Bell has connections to the early foundations of American democracy. The Monument especially is a visual connection to the Father of our country. Jill Ogline Titus remarks that Americans connection with the Liberty Bell, “…but as a bridge to an imagined historical moment in which public officials were idealistic, politicians virtuous, and citizens optimistic about the future”[10] The same could be said for the Washington Monument itself, as a symbol of the mythologized aspect of our collective memory of George Washington. The Liberty Bell has had to grapple with the complex nature of George Washington, as both the American Cincinnatus and a perpetuator of slavery in America Waldstreicher contends that opposition for slavery was attached to “But it did so only after giving Americans the cultural tools of denial…to resist an attack on the institution”[11]. This can explain the disconnect between the representation of Washington in the monument and the reality of his personal contradictions to liberty. Even with this complex legacy the Washington Monument still remains an American icon, and a national landmark.