Willis F. Overton is the Thaddeus Bolton Professor of Psychology (emeritus) at Temple University. His activities include work in the fields of Developmental and Clinical Psychology. He is currently a Fellow of the American Psychological Association in Division 7 (Developmental), Division 12 (Clinical), and Division 20 (Adult Development & Aging). Person-centered action theories of development, especially Piaget’s and Werner’s theories, and person-centered action theories of personality, particularly object relations theories such as those of D. W. Winnicott and H. S. Sullivan, frame his approach to the study of the development and functioning of the psychological subject. A number of his writings focus on the articulation of philosophical, metatheoretical, and methodological assumptions that ground and contextualize alternative conceptions of development, cognition, personality and the nature of scientific inquiry. His empirical research has focused on cognitive development — in particular, the development of reasoning in adolescence — the, relation between cognitive and personality development, and developmental psychopathology.

Following several years of service in the U.S. Marine Corps, Professor Overton received his university education at Boston University where he was awarded his B. A. (magna cum laude) and M.A. in psychology. He received his Ph.D. from Clark University where he was trained in Developmental and Clinical Psychology. Prior to joining the Temple faculty in 1972 as Director of the Division of Developmental Psychology he taught in the Psychology Department at SUNY/Buffalo. He has also taught in a number of European countries including Czechoslovak, Germany, The Netherlands, Poland, and Switzerland. In 1982 he was awarded a prestigious Lindback Foundation Award for distinguished teaching. Professor Overton served as chair of the psychology department at Temple University from 2000-2006. His clinical work has included supervision of psychological interns at The Institute of Pennsylvania Hospital and The Pennsylvania Hospital. Until its closing, he was Senior Research Scientist at The Institute of Pennsylvania Hospital. 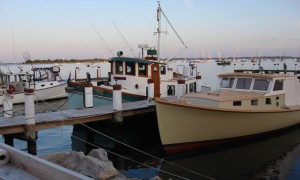