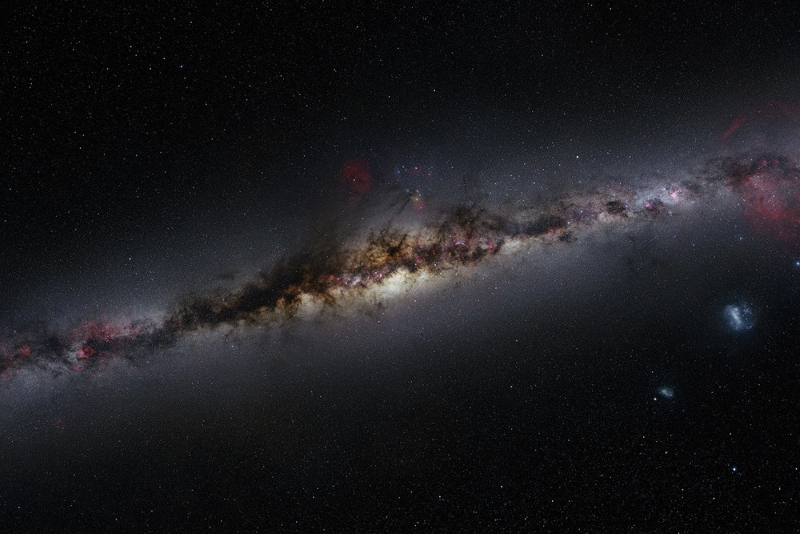 The Milky Way Galaxy is our home galaxy in the universe. It is a fairly typical barred spiral with four major arms in its disk, at least one spur, and a newly discovered outer arm. The galactic centre, which is located about 26,000 light-years from Earth, contains at least one supermassive black hole (called Sagittarius A*), and is crossed by a bar. The Milky Way began forming around 12 billion years ago and is part of a group of about 50 galaxies called the Local Group. The Andromeda Galaxy is part of this group as are numerous smaller galaxies, including the Magellanic Clouds. The Local Group itself is part of a larger gathering of galaxies called the Virgo Supercluster of galaxies.

Facts about the Milky Way

Andromeda Galaxy (M31) is the closest large galaxy to the Milky Way and is one of a few galaxies that can be seen unaided from the Earth. In approximately 4.5 billion years the Andromeda Galaxy and the Milky Way are expected to collide and the result will be a giant elliptical galaxy. Andromeda is accompanied by 14 dwarf galaxies, including M32, M110, and possibly M33 (The Triangulum Galaxy). 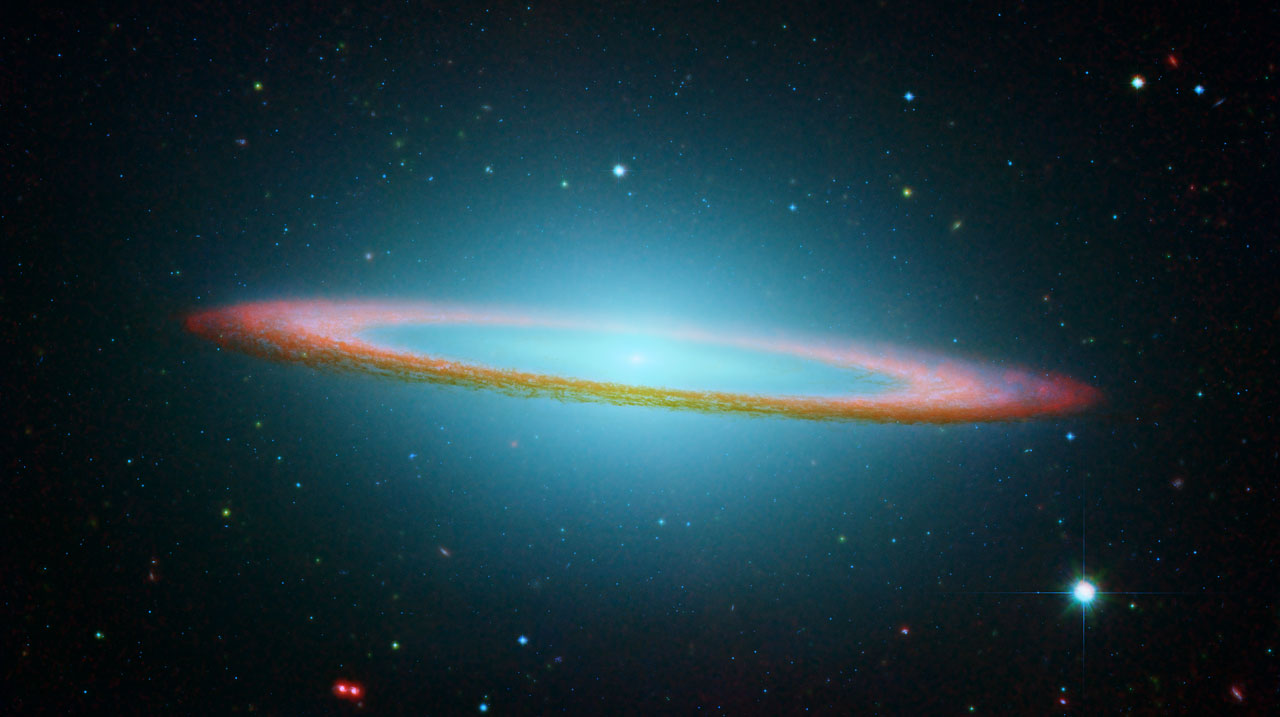 The Sombrero Galaxy is one of the most unusual looking barred spiral galaxies visible from Earth. Its bright nucleus, large central bulge and spiral arms threaded through with a thick dust lane make it look a little like a hat from Mexico. The dust lane is a ring that circles the bulge of the galaxy, and it is rich with gas, dust, and hydrogen gas. Because it has all the elements needed for star formation, it’s not surprising that astronomers have found many sites of star formation inside.

Facts about the Sombero Galaxy