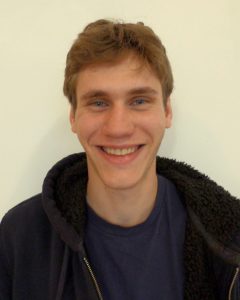 David is an artist/educator from Washington DC, who came to the Digital Scholorship Center as the Makerspace Manager.  After obtaining his MFA at American University, David mentored youth in art and technology at the Hirshhorn museum before being awarded a Fellowship to build similar programming for the US Embassy in Korea.  At the Digital Scholarship Center, David manages the equipment and assists students and faculty who wish to use it.  David considers himself a “professional tinkerer”, and has dabbled in a range of skills including but not limited to: VR, game design, 3D modeling, 3D scanning, circuitry, animation, and self publishing.  When not managing Makerspaces, David draws comics and builds designer toys using emerging technologies.  David has two comics collected in the Library of Congresses Permanent Collection, contributed to the Bartkira project, and won the Award of Excellence in the Kennedy Center and Volkswagon traveling exhibition: In/Finite Earth.
Email: DavidRoss@temple.edu
Website: www.D-Ross.com