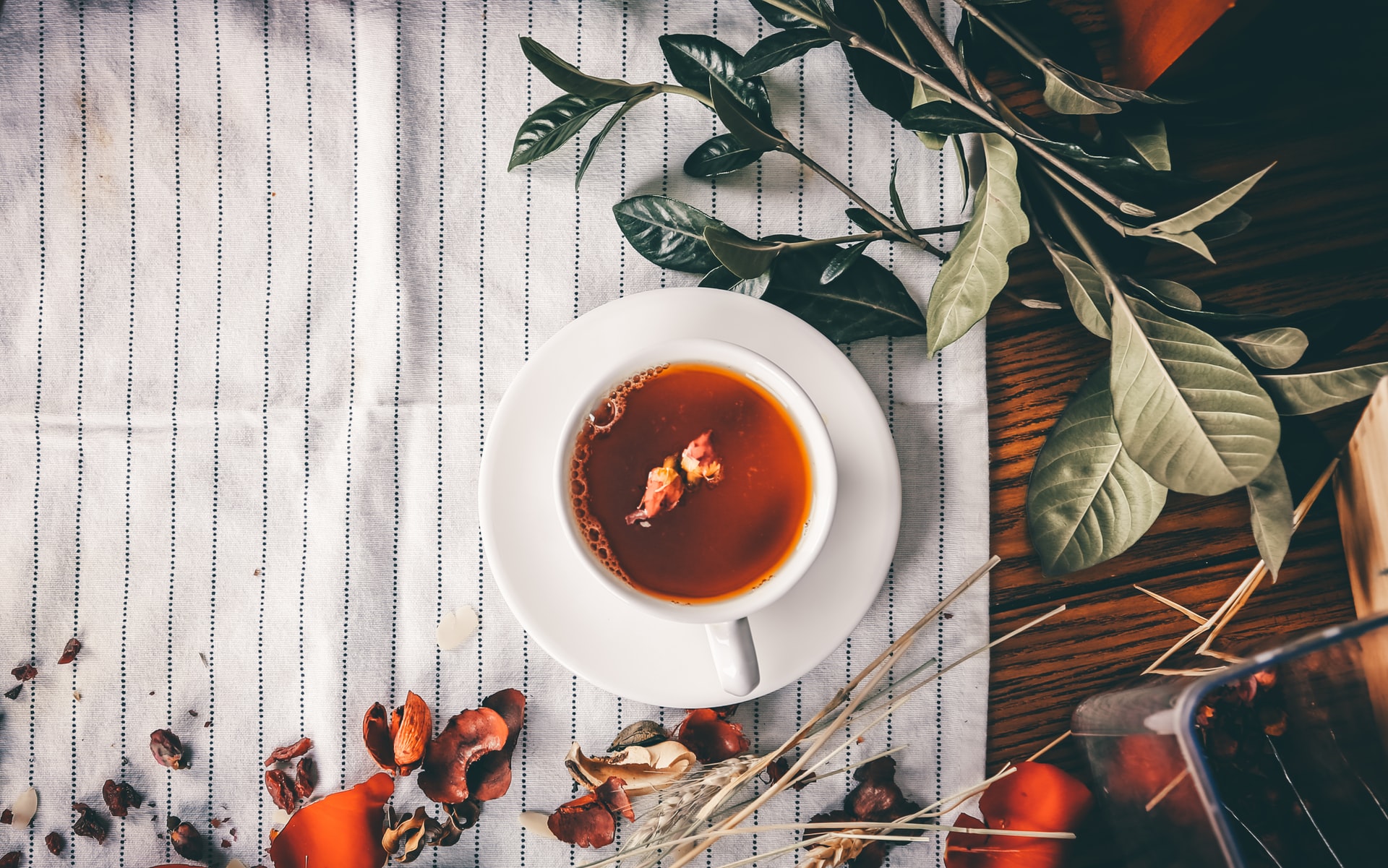 The Unlikely Cup Of Tea

What comes to mind when you think of a cup of tea? Perhaps your grandma, with a dainty little saucer, two biscuits balanced on the edge. A small cup of warm tea, steam rising from it, balanced on the arm of her armchair. The light is warm, it’s gently raining outside. All is calm and relaxing, even sleepy. Sounds nice doesn’t it? What’s wrong with this picture? Tea is the opposite of what you need for a good sleep! Let’s look at how this ancient ritual came to be, and what it means to our society.

Tea was discovered in ancient China over a thousand years ago, in the mountains of southwest China. The origins of the first tea plant are shrouded in myth, but it is likely that the people of this region, the Yunnan Province, had been consuming a similar plant, Camellia Sinesis, for over 2,000 years. Camellia Sinesis is known as the ‘evergreen tea tree’, and is the species from which all other teas are made.

Tea was originally discovered by accident. It is said that a farmer was looking for wild herbs to use for medicinal purposes, and he found a plant in a remote mountain forest. The plant was covered in white fuzz, the leaves were long and narrow, and the berries were small and red. He didn’t recognize it, and so he tried to burn it. When he did so, the leaves started to give off a pleasant aroma, and he started to chew on them. Upon tasting the plant, he realized that it had the ability to eliminate fatigue. After sharing his discovery with his friends and family, they all became very enthusiastic about the plant and decided to try it.

They left the leaves to dry, and brewed them into tea in a pot made from bamboo. The tea was a success, and the people of the Yunnan province started to drink it more and more often. Other people started to take an interest in the plant, and began to use it for medicinal purposes. Once it’s popularity caught on, it quickly spread to the subcontinent, India, then Britain and finally the rest of the world. Tea is tied up in many important historical events, such as the Boston tea party, one of the defining moments of america’s struggle for independence from Britain.

Now that we have some history under our belt, we can talk about the effects of tea. Grandma wouldn’t put it this way, but consuming tea is actually consuming caffeine, a psychoactive stimulant and drug. The well known effects of the drug are often celebrated, certainly by this student. Consuming caffeine promotes wakefulness (prevents sleep) and increases alertness. It also comes with side effects; It can increase your heart rate, and acts as a mild diuretic.

Our relationship with tea (and caffeine) in general is laced with humor; consider the slogans that say “I’m useless before a cup of tea” printed onto mugs, or the hooded pullover that says “But first, Coffee”. These humorous statements (while funny) smooth over the slightly uncomfortable truth that we are in fact slightly addicted to caffeine, and struggle to function at our normal levels without it. However, caffeine use is completely acceptable in society, endorsed, encouraged, and a major and celebrated part of not only our culture, but our day. This is similar to another widely used and addictive product, alcohol. Of course, there are new products emerging all the time that are not widely known about, and have no addictive or habit forming nature. No doubt some of them will become the new status quo in our society.

If, like me, you enjoy a cup of tea, a pot of coffee, or the occasional beer, then consider how your sleep might be affected, and try to limit your consumption to within the normal and regular amounts. Here’s to this next hot cup I’ve just brewed!