As the pandemic continues to evolve around the world, the arts and culture community of Philadelphia remains committed to staying connected to their audiences. During times of uncertainty, many of our PEX partners have adapted their work by presenting via web, social media, and virtual platforms. An online resources page was created on the PEX website with links to virtual performances, interactive exhibitions, and general updates from our partners. I encourage you to tap into your appreciation for art during these times, as art can be a source of healing and creative expression. Stay safe and healthy and set out to EXPLORE! If you have any questions and/or would like to suggest new organizations for inclusion as a Cultural Passport partner please email Donnell Powell, donnell.powell@temple.edu

Open to all, the Museum is home to remarkable objects and powerful stories that emerge from its excavations and research across the world.

Connect with the cultures of Africa, Asia, the Americas, and the Mediterranean, from the very first cities of the Middle East to the pharaohs of ancient Egypt; from early Mexico to the lives of Native American communities today.

Experience the richness of the ancient past, gain an understanding of our shared humanity, and find your own place in the arc of human history.

The Penn Museum transforms understanding of the human experience.

The Penn Museum is the University of Pennsylvania Museum of Archaeology and Anthropology.

Archaeology is the study of objects made by humans. From the first traces of our earliest human ancestors to 21st-century buildings, archaeology analyzes the physical remains created or modified by people in pursuit of a broad understanding of our human experience.

Anthropology is the study of humans, past and present. To understand the full sweep and complexity of cultures across all of human history, anthropology draws and builds upon knowledge from social and biological sciences as well as the humanities and physical sciences. [Definition courtesy of the American Anthropological Association]

The Penn Museum respectfully acknowledges that it is situated on Lenapehoking, the ancestral and spiritual homeland of the Unami Lenape.

The Penn Museum’s building itself inspires awe and curiosity. Built over the course of more than a century (1899–2005), the Museum incorporates striking architectural styles, soaring galleries that house world-class collections, state-of-the-art laboratories that yield new discoveries each day, and beautiful public gardens that welcome visitors and passersby into serene green spaces.

In November, we celebrated the opening of the Museum’s reimagined Main Level. The first phase of the Building Transformation brought the new Africa Galleries and Mexico and Central America Gallery, renovated Main Entrance and adjacent Sphinx Gallery, restored Harrison Auditorium, and many visitor amenities.

The Museum breaks ground on its Building Transformation project, which will renovate and reinstall over 44,000 square feet of space, restore original features of the building, and add important visitor amenities.

The Museum’s Warden Garden (surrounded by the original 1899 building) is temporarily removed to create space for the installation of equipment for the future air conditioning of the older wings, plus additional work and storage space under the Warden Garden. The Warden Sub-Garden project is led by Dagit/Saylor and made possible through the generosity of Charles K. Williams II, Ph.D. The Garden itself is then reinstalled, replacing the original 1899 reflecting pool with a new one modeled on the same plan.

The Mainwaring Wing for Collections Storage opens as a state-of-the-art storage facility with offices and environmentally controlled workspaces for the stewardship and study of the Museum’s organic collections. Named for A. Bruce and Margaret A. Mainwaring, two of the Museum’s most generous and longstanding benefactors, the four-story wing plus basement closes the Stoner Courtyard on the east side. The wing was designed by Atkin, Olshin, Lawson-Bell and references the earlier building with similar brickwork, windows, and materials. The Stoner Courtyard, designed by the Olin Partnership (now OLIN), creates another welcoming green space off of South Street.

The Academic Wing opens. The Museum’s construction projects had been interrupted by the Great Depression and World War II, making it difficult to resume the ambitious 1896 master plan as originally envisioned. The Museum implements a more modest proposal to unify the existing building: a 1968 design by Mitchell/Giurgola provides five new stories, with offices and classrooms for the Anthropology Department and a basement for collections storage, linked by pedestrian bridges, a cafe’, and underground passages to the earlier wings.

The Administrative Wing, funded primarily by Eldridge Johnson, founder of the Victor Talking Machine Co. and chairman of the Museum Board in the 1920s, extends the Museum east. A courtyard includes life-size sculptures by Alexander Stirling Calder representing Asia, Europe, Africa, and America. Originally designed to serve the Museum’s growing education department, this wing, now known as the Sharpe Wing, will house galleries for collections from Africa, Greece, and Etruscan Italy, as well as changing exhibitions, collections storage, and offices.

The Coxe (Egyptian) Wing opens, with two main galleries and storage to house the Museum’s renowned Egyptian collection. Designed by Charles Z. Klauder (of Day and Klauder; Frank Miles Day had helped to create the 1896 master plan), the wing is named for Eckley B. Coxe, Jr., Museum benefactor and President (1910–1916) who personally financed six Museum expeditions to Nubia and Egypt. During construction, the great red granite Sphinx of Ramesses II is moved from the garden to the lower gallery of the Coxe Wing before the eastern wall of the gallery is bricked up.

The Harrison Wing opens, welcoming visitors to soaring galleries housing collections from Asia and to events in an immense auditorium. Named for visionary Penn Provost (1894 – 1910) and Museum President (1916 – 1929) Charles Custis Harrison, the Harrison Auditorium is an architectural wonder: one of the largest unsupported masonry floor-domes in the world spans 90 feet and supports the floor of the Rotunda above. The Guastavino engineering firm drew on ancient Catalan construction traditions to achieve this feat. The lack of pillars created a space with 800 unobstructed-view seats.

The Free Museum of Science and Art is renamed the University Museum.

The Museum opens as the Free Museum of Science and Art. It houses two floors of public galleries, the beautiful Widener Lecture Room, the Elkins Library (now Museum Archives), and a suite of laboratories and offices surrounding an Italian courtyard garden entered through an Asian-style gate. The Museum is one of the first fully electric public buildings in Philadelphia.

Wilson Eyre leads a team of architects (Cope and Stewardson as well as Frank Miles Day, all associated with Penn’s architecture school) in designing the master plan for a grand, enormous museum — even larger than the present-day building.

The Museum moves to the new University Library in the Furness Building, designed by noted Philadelphia architect Frank Furness. As artifacts from Nippur and other excavations arrive on campus, though, it becomes clear that the Museum will need its own building. When the City of Philadelphia donates a stretch of land between 34th Street and the Schuylkill River, the site for the Museum is selected, across from Penn’s Franklin Field. The project is supported by the Commonwealth of Pennsylvania and the building underwritten by generous donors.

CLICK TO EACH THUMBNAILS TO VIEW ABOUT OUR GALLERIES AND EXHIBITIONS 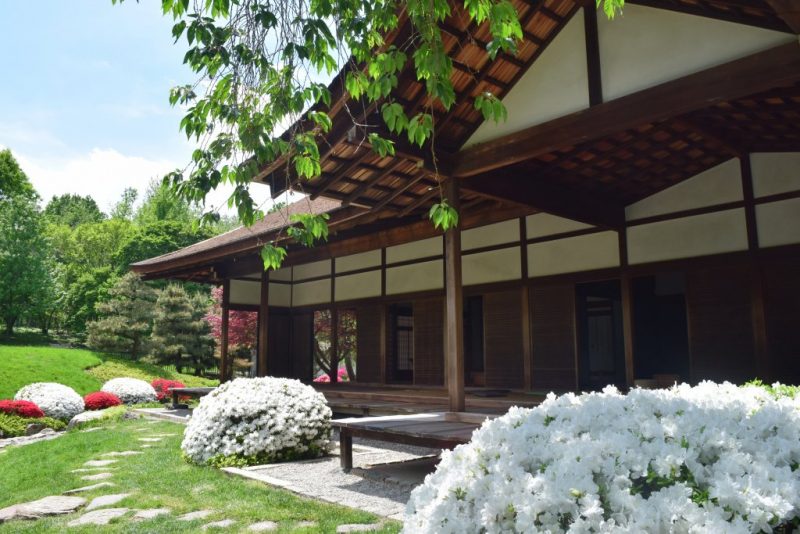 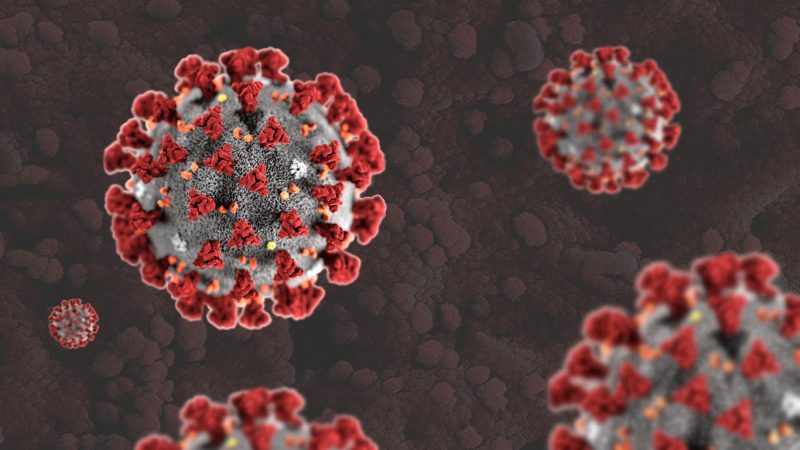 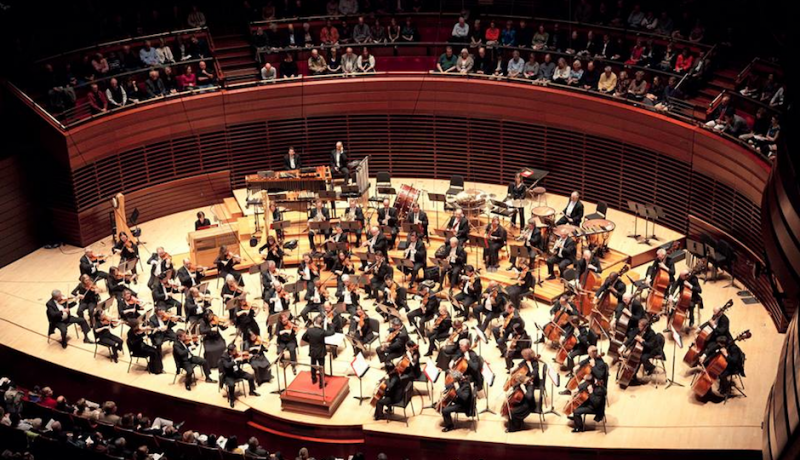 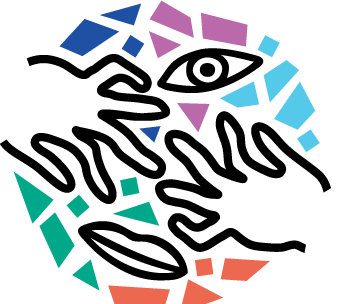