The mission of the New DEEL is to create an action oriented partnership dedicated to inquiry into the  nature and practice of democratic ethical educational leadership through sustained processes of open dialogue, right to voice, community inclusion, and responsible participation toward the common good.  We strive to create an environment to facilitate democratic ethical decision-making in educational theory and practice which acts in the best interests of all students.

Joan Poliner Shapiro is Emerita Professor of Educational Leadership at Temple Univer­sity’s College of Education and Emerita Co-Director of the New DEEL (Democratic Ethical Educational Leadership) Community Network. At Temple, she previously served as an Associate Dean for Research and Development, President of Temple University’s Faculty Senate, and as the Chair of her department. She also has been the Co-Director of the Women’s Studies Program and a Super­visor of Intern Teachers at the University of Pennsylvania. She began her career teaching middle school and high school in the United States and the United Kingdom. Dr. Shapiro received her undergraduate degree from Simmons College, obtained a masters’ degree in social science and a doctorate in educational administra­tion from the University of Pennsylvania, and completed a postdoctoral year carrying out research focused on program evaluation and curriculum development at the University of London’s Institute of Education. Her writings primarily have dealt with ethical, gender, multicultural and accountability issues in education. She has co-authored the books Reframing Diversity in Education (Rowman & Littlefield, 2002), Gender in Urban Education (Heinemann, 2004), Ethical Leadership and Decision Making in Education (Routledge, 2021, 5th edn.), and Ethical Educational Leadership in Turbulent Times (Routledge, 2013, 2nd ed.). She has written over 60 articles in refereed journals and edited books. Additionally Dr. Shapiro has received the following awards: the Outstanding Teacher’s Award from Temple’s College of Education in 2004; the Willower Award of Excellence for her co-authored book on professional ethics in 2006; the Lindback Foundation Distinguished Teaching Award in 2008; the University Council of Educational Administration’s Master Professor Award in 2009; the Author of the Month, Routledge Publishers, July, 2010 & 2012; and Temple’s Great Teacher Award in 2011.

Kevin A. Peters is a middle school principal in the Dallastown Area School District (Pennsylvania). He is Co-Director  of the New DEEL (Democratic Ethical Educational Leadership) Community Network. He also serves as a Coordinator of the New DEEL Mentoring Project. He is passionate about mentoring and has worked with educational administrators and school teams throughout the United States. Dr. Peters has published articles on mentoring and presented his work at several state, national, and international conferences. He also served on various state committees such as the Pennsylvania Governor’s Safety Task Force, the development of the Pennsylvania Commonwealth of Education Blueprint, Every Student Succeeds Act (ESSA) study group, and the board of the Pennsylvania Principals Association. His previous professional experience includes serving as an elementary principal (K-6), special education instructional advisor (K-12), and emotional support teacher. Dr. Peters earned his undergraduate degree from York College of Pennsylvania, a master’s degree in special education from McDaniel College, and a doctorate in educational leadership and policy studies from Temple University. 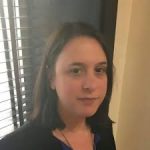 Susan H. Shapiro is Co-Director of the New DEEL (Democratic Ethical Educational Leadership) Community Network. Susan H. Shapiro is an Assistant Professor of Early Childhood and Special Education at Touro Graduate School of Education. She earned her Master’s degree in elementary and early childhood education from Bank Street College of Education and her doctoral degree from the Steinhardt School at NYU in Educational Leadership. Her dissertation, entitled In the Playground Trenches: Early Childhood Directors Experiences on 9/11/01, studied the leadership abilities of early childhood directors who worked in close proximity to the World Trade Center during that turbulent day. Dr. Shapiro’s research has focused on ethical leadership and on crises in Early Childhood Education. She has published in journals and books on topics of early childhood leadership and ethical leadership and has presented papers at both the American Educational Research Association’s annual meeting and at the University Council of Ed. 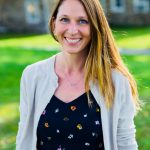 Taryn J. Conroy, Ed.D is a school counselor and serves on her school’s administration team. She is the Coordinator of Community Engagement for the New DEEL (Democratic Ethical Educational Leadership) Community Network. Dr. Conroy’s work focuses on ethical educational leadership, particularly educational leaders working from an ethic of care. She has presented her work at a number of national conferences. Dr. Conroy received her undergraduate degree in psychology from Towson University, a master’s degree in counselor education from West Chester University, and a doctorate in educational leadership from Cabrini University. She was awarded the Paul Begley award at CSLEE’s Values and Leadership Conference (2019) for her contribution to the field of ethics, values, and leadership education. 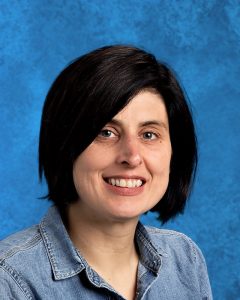 Jennifer Antoni is a full time professional school counselor and Ed.D student in the Educational Leadership program at Temple University. She has worked for twenty years in an urban, public school setting assisting students with navigating high school graduation and beyond. Her main research interest centers around the way educational leadership responses influence student decision making regarding the attainment of a high school diploma. 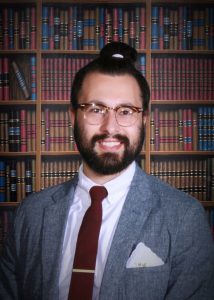