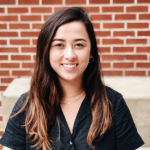 Mora joined the Mood and Cognition lab as a graduate student in the Fall of 2019. Mora received her BA in Psychology from Barnard College in 2015, where her research focused on the development of various cognitive and emotional processes in young children. After graduating, Mora sought to investigate how such processes could impact the development of psychopathology in adulthood, and joined the Depression and Anxiety Center for Discovery and Treatment at Mount Sinai Hospital under the mentorship of James Murrough, MD, PhD. During Mora’s four years at the center, she primarily worked with patients with severe mood disorders, which inspired questions about how early life experiences could confer risk for and influence the course of severe psychopathology. Additionally, through her work on several multimodal neuroimaging studies, Mora became passionate about using neuroimaging and psychoneuroimmunology to investigate such questions. Mora’s current research involves using multiple modalities to understand how cognitive biases impact emotion regulation, and the neurobiological etiology and trajectory of these relationships throughout the lifespan. When not in the lab, Mora can be found playing soccer, going to concerts with friends and eating her way around Philadelphia. 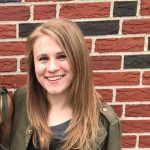 Rachel joined the Mood and Cognition Lab as a graduate student in the fall of 2019. She graduated from Carnegie Mellon in 2015 and then joined the Genetic Epidemiology Branch as a post-baccalaureate Intramural Research Training Awardee where she worked with Dr. Kathleen Merikangas on a family study of mood and anxiety disorders. In particular, she investigated endophenotypes for bipolar disorder, with a specific interest in understanding how activity patterns and circadian rhythms relate to mood episodes. Then she spent two years at Bradley Hospital of Brown University working in the Adolescent Mood and Behavior Lab under the mentorship of Richard Liu on studies examining the underlying mechanisms of teen suicidality, specifically how impulsivity, life stress, neurocognitive indices confer risk for self-injurious thoughts and behaviors (SITB). As a 2019 National Science Foundation Graduate Research Fellow, Rachel is interested in using ambulatory assessment methodologies like ecological momentary assessment (EMA) and actigraphy to understand how sleep and circadian rhythms increase risk for mood episodes and help predict SITB in adolescents. In her free time, Rachel enjoys travelling, spending time with friends, and watching Grey’s Anatomy. Catch me on academic twitter!