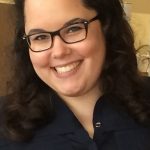 Amber joined the Mood and Cognition Lab as a graduate student in the fall of 2016. She received a B.A. in Psychology from Boston University in 2012, and a M.A. in Psychology in Education from Teachers College, Columbia University in 2015. Broadly, her current research interests include risk and resilience factors for depression in adolescents. More specifically, she is interested in examining the impact of cognitive processing, community and family processes, and cultural identity on the development, course, and treatment of mood disorders in youths of color. When not in the lab, Amber enjoys designing, watching movies, and avidly supporting her favorite sports teams. 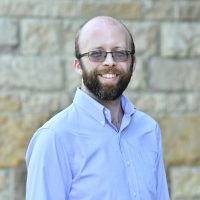 Naoise joined the Mood and Cognition Lab as a graduate student in Fall, 2015. He graduated with a H.Dip. in Psychology from University College Dublin and a M.Sc. in Latin American Studies from the University of Oxford. He is interested in the neurobiological mechanisms underlying the onset of depression in adolescents. Outside of the lab, he loves cooking, hiking and squash.

Daniel joined the Mood and Cognition Lab as a graduate student in the fall of 2015. He earned a B.A. in Psychology from Elmira College in 2014 and completed his post-bacc under Dr. Andres De Los Reyes at the University of Maryland, College Park.  His primary interests are in the interplay between rumination and inflammation in mood disorder risk, the characterization of inflammatory phenotypes of mood disorders, and comorbidity. Additionally, he uses applied statistical methods to inform modeling strategies when analyzing inflammatory data. In his free time he enjoys playing soccer, perfecting the New York Sour, being better than you at Smash Bros, and moonlighting as a Lv. 17 dwarf paladin.

Allison joined the Mood and Cognition Lab as a graduate student in the Fall of 2016. She graduated with a B.A. in Psychology from Stony Brook University in 2011 and worked as a post-bac research assistant there until coming to Temple. Broadly, Allison is interested in how biological and environmental factors interact to confer risk for the onset of mood disorders during adolescence. Outside of the lab, she enjoys yoga, exploring Philadelphia’s restaurants, and spending time with her sisters and friends.