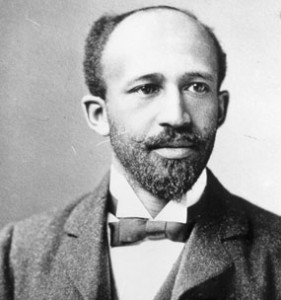 Location: The 7th ward at 419 South 6th street between Lombard and Pine streets. Mother Bethel Church was a prime location in W.E.B. Du Bois’s study of Philadelphia and is located not far from Center City and only a few blocks over from South Street, a shopping and restaurant hub. The church contains an archive of the church’s history and is open Tuesdays and Wednesdays between 1:30 and 3:00pm by appointment. Visitors also have access to the Richard Allen Museum, which chronicles Richard Allen’s founding and development of the church. The museum is open Tuesday through Saturday from 10:00am and to 3:00pm and it is closed on Good Friday.

Frame of Reference: The church was founded in 1794 by Richard Allen and is the oldest church property that has been continuously owned by African Americans. It was one of the first African American churches in the United States, making it prime subject matter for W.E.B. Du Bois, in his sociological study of Philadelphia’s 7th Ward in The Philadelphia Negro (1899). The Philadelphia Negro went on to influence Du Bois in his 1903 work, The Souls of Black Folk.

Significance: W.E.B. Du Bois left a significant mark on the African American community, the field of sociology, and the 7th ward with his research and essays. In his discussions of Negro culture and religion, he focused heavily on the Mother Bethel AME Church, which contributed to sociological understandings of African American Christianity today.

About the Site: The church was visited several times by Du Bois as a means to develop an understanding about the microcosm that was Mother Bethel AME. It is now regarded as a National Historical landmark. The current building was erected in 1890. It is an impressive building, filled with remarkable stained glass and wood molding. Before 1890, church services were held in a blacksmith shop.

Education: Fisk University on a scholarship provided by his local teachers and ministers. he transferred into Harvard his junior year, becoming the first black person to receive a PhD from Harvard.

Further Reading: Black Heritage Sites: An African American Odyssey and Finder’s Guide By Nancy C. Curtis (1996) and W. E. B. Du Bois, Race, and the City “The Philadelphia Negro” and Its Legacy edited by Michael B. Katz and Thomas J. Sugrue (1998) and of particular interest: Mapping the Du Bois Philadelphia Negro