George Lippard at The Library Company of Philadelphia 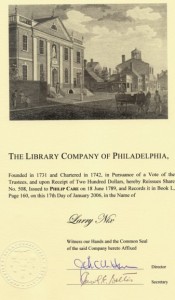 The Library Company specializes in American History from the seventeenth to the nineteenth century, and houses the largest collection of George Lippard artifacts in the area. Admittance is free to the public, and the gallery is open Monday through Friday from 9 a.m. to 4:45 p.m.

Frame of Reference: George Lippard was one of the most prominent figures of the early to mid nineteenth century through his devotion to being an author and his passion for the equality of man, which 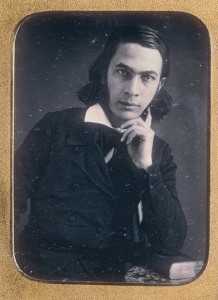 he used to create the Orderly of the Brotherhood of the Union. He lived in Philadelphia for the duration of his life, from 1822 to 1854, dying at the age of 31. Actual photographs of himself and his home, along with primary documents written by Lippard about the Brotherhood are preserved at the Library Company.

Significance: Despite all that Lippard did for the equality of everyone, including women, the poor, and the disabled, he has been nearly forgotten today. The Library Company has preserved his legacy for anyone interested to learn.

Hot Tips: Upon entering the museum, there is an interesting gallery in the left showroom that changes every few months. All backpacks are taken at the door, and in order to take information one must register themselves with the Library Company by signing a copyright agreement and giving one’s state ID. It would be wise to come in with desired information and schedule an appointment so that pictures can be pulled from the third floor, then one can go to the reading room and gather more, literary information about the desired subject. The staff is extremely helpful and kind.

The Writer and his Work 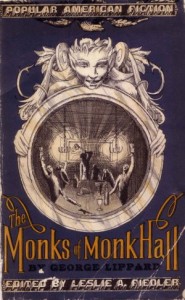 Interesting Bio Fact: Lippard initially went to school to become a part of the religious ministry, but later rejected that life decision due to the “contradiction between theory and practice” of religion. Later, Lippard considered law school, but then felt the system to be unjust and dirty. Finally, he decided to be a writer and serve as a voice for the common man.

Further Reading: Butterfield, Roger. “George Lippard and his Secret Brotherhood.” The Pennsylvania Magazine of History and Biography 70, no. 3 (1955): 285-309.

Elsewhere in the Area: Lawnview Cemetery located at 500 Huntingdon Pike in Rockledge, PA, just 12 miles from City Hall in Philadelphia when taking Broad Street. In the cemetery resides Lippard’s grave after it was moved from the Odd Fellows Cemetery at 21st and Diamond Streets in North Philadelphia due to a housing project. A vast tombstone “erected to the founder of the Orderly of the Brotherhood of the Union” sits proudly atop his grave to retain his memory.