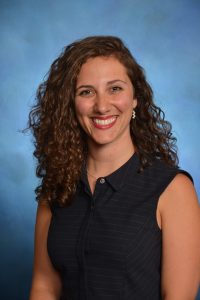 As a Law & Public Policy Scholar, Nikki interned at the Department of Justice, Civil Rights Division, Employment Litigation Section during her 1L summer and currently has a practicum with HIAS doing immigration and asylum work. At Temple, Nikki is a staff editor for Temple Law Review, Co-President of SPIN, Vice President of Outlaw, Student Coordinator of the Name Change Project, and has volunteered for the Expungement Clinic. Prior to law school, Nikki had a seven year career in education. She taught high school Spanish on the Navajo Nation through Teach for America, she taught international relations as a Fulbright ETA in Spain and she facilitated LGBTQ+ diversity and inclusion trainings with a non-profit in Philadephia. 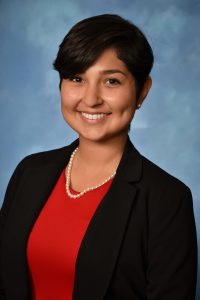 Katie interned at the Riverside County Office of the County Counsel in the Public Safety and Litigation Division during her 1L summer and currently is involved in the Temple Law Community Lawyering Clinic and has a practicum at the School District of Philadelphia. During her 1L year, Katie became involved with SPIN, the Expungement Project, LALSA, and Women’s Law Caucus. Katie graduated from the University of California, Irvine in 2016 with a double major in Chicano/Latino Studies and Political Science. Experience working with the Lawyers’ Committee for Civil Rights Under Law, the Inland Empire Latino Lawyers Association legal aid clinics, and an after school program in a working class Latino neighborhood helped to develop Katie’s passion for public interest law. 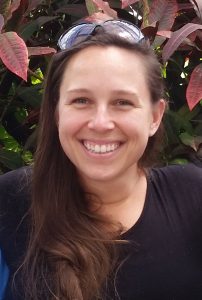 Michelle’s first legal internship was with two criminal judges in the Philadelphia Court of Common Pleas, and this semester she is working at the Civil Rights Unit of the City of Philadelphia Law Department. While at Temple, Michelle has been involved in SPIN, Expungement Clinics, VITA clinics, and has recently completed training for the Name Change Project. Before coming to law school, Michelle worked various jobs in the field of video production. She is from Michigan and moved to Philadelphia almost six years ago. 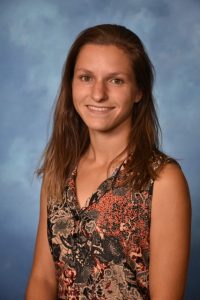 In her 1L summer, Kelly interned at Community Legal Services’ center city office in the Public Benefits unit, specifically working on Supplemental Security Income claims. This year, she is the Treasurer of If/When/How, previously known as Law Students for Reproductive Justice. Prior to law school, Kelly spent two years as an Americorps member teaching one-on-one multisensory reading lessons to 1st, 2nd, and 3rd graders in a Wilmington public school. She is an avid rollerblader, and a proud resident of Downingtown! 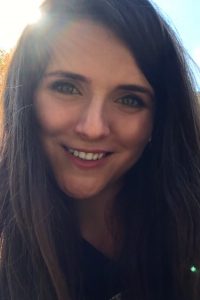 Katie Ott is a 2L passionate about social justice, particularly environmental racism. She currently works at a commercial litigation firm and has previously interned with The Honorable Thomas Rueter in the Eastern District Court of Pennsylvania and been a research assistant to Professor Monroe, researching partnership tax, and Professor Murray, researching civil jury instructions. At Temple, she is president of Temple Environmental Law Society and Brehon Law Society, as well as Vice President of Justinian Law Society, and treasurer for Tax and Bankruptcy Society. Prior to law school, she worked on an independent research project in Buenos Aires, Argentina studying art as a weapon against fascism in the 1970s Argentine military dictatorship. 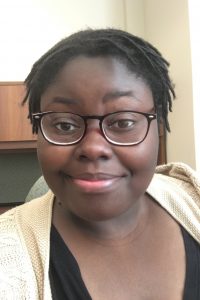 Lauren is originally from Coral Springs, Florida. She attended the University of South Florida and majored in Political Science. After graduation, she spent a year in Seattle, WA working as an AmeriCorp member for the United Way of King County. This past summer, Lauren participated in the Temple Law Rome program and interned for the Governor’s Office of General Counsel, Department of Human Services. Lauren is also the BLSA fundraising chair for this school year. 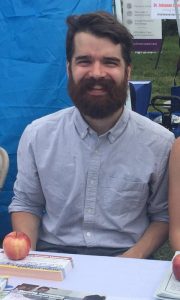 Josh Lachewitz spent his 1L summer in the Consumer Housing Unit at Philadelphia Legal Assistance helping low-income homeowners with tax and mortgage foreclosures. He is the Communications Chair for TELS, the Co-Chair for NLG’s Workers’ Rights Committee, and a regular volunteer at the South Philly Clinic through CLCP. Before coming to law school, Josh spent nearly a decade between basic science and clinical research primarily studying alcohol addiction. Josh is always up for a chat about coffee, fermentation, birdwatching, stand-up comedy, or creative writing. 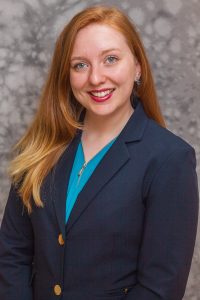 Anastasia is a Seattle native with an undergraduate degree in Law, Diversity, and Justice. She spent several years between undergrad and law school working as a non-profit administrator in youth counseling. Anastasia spent her 1L year representing the Tax and Bankruptcy Law Society, participating in the Expungement and Tax Assistance clinics, and volunteering at a local animal shelter. Working over the summer as a judicial intern, Anastasia is well prepared for her current practicum at the Education Law Center and looks forward to a Spring practicum at the Philadelphia School District Office of General Counsel. 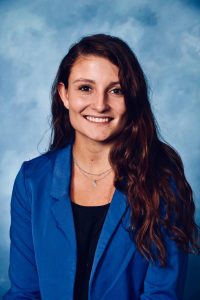 Layal Issa is a 2L and serves on SPIN’s E-Board as Co-Chair of Dean’s Cup. She spent her 1L summer in the Juvenile Division at the Philadelphia District Attorney’s Office and is currently participating in a practicum with the Washington Office on Latin America. Since coming to Temple Law, Layal has been an active member of SPIN, MENALSA, and ILS in addition to volunteering with the Expungement Clinic. Prior to law school, Layal attended Montclair State University where she served as a Resident Assistant and captain of the women’s lacrosse team. While an undergrad, she also participated in internships with the U.S. House of Representatives and the ACLU of New Jersey. In her spare time, Layal enjoys working out, hiking, spending time with family, and watching documentaries. 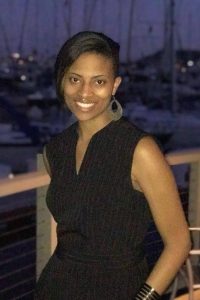 Tiffany interned with the National Clearinghouse for the Defense of Battered Women during her 1L summer and is currently the president of OutLaw and the Gender Justice Chair of the National Lawyers Guild. Before coming to law school, Tiffany earned a master’s degree in International Development and Urban Studies in Pasadena, CA. In her free time she enjoys spending time with her partner, trying new restaurants and playing intramural sports. 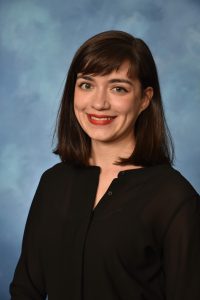 Cathy Butchy is a 2L at Temple Law with strong interests in corporate responsibility and the regulation of emerging technologies. She spent last summer participating in Temple’s Law & Public Policy Program and working as a public policy associate for Microsoft’s Government Affairs office in Washington, D.C. Cathy attended last year’s VITA Tax Clinic training for pro bono income tax preparation, but outside of law school, most of her volunteer work has centered on ESL tutoring and classes. Originally from Upper Darby, Cathy graduated from the University of Pittsburgh in 2013 with degrees in Spanish and Economics and a certificate in Portuguese, having proudly worked at her daily college newspaper for four years. Prior to enrolling at Temple, she worked for three years in Pittsburgh as a contractor at Google, where she served as a data analyst, technical writer, and team trainer. 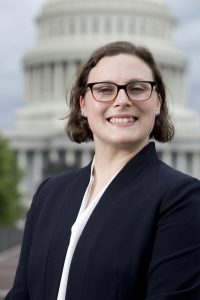 Sarah is a JD/MPH dual degree student and served as a SPIN 1L Representative for the Fundraising and Community Service committees. During the summer of 2018, Sarah participated in the Law & Public Policy Program in Washington, D.C. and interned at the Office of Elder Justice and Adult Protective Services at the Administration for Community Living. Currently, Sarah is participating in a Practicum at the Region III Health and Human Services Office of Civil Rights. Before law school, Sarah was a Peace Corps Volunteer in the Federated States of Micronesia from 2014-2016, and an AmeriCorps VISTA at Drexel University from 2016-2017. 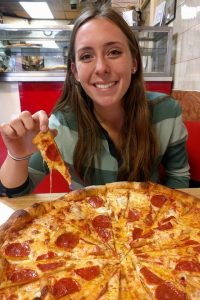 Heather Adamick is primarily interested in immigration law; she worked at HIAS Pennsylvania this past summer, focusing mainly on U-visas and VAWA self-petitions, and is currently doing a practicum at Nationalities Service Center, working on family-based petitions. During her 1-L year, Heather was heavily involved in SPIN and served as a 1L representative for LALSA. Prior to law school, Heather worked as an ESL and Citizenship Program Coordinator for a non-profit in Houston, Texas. She then moved to Santiago, Chile to practice her Spanish and teach English to adults and children before moving back to the U.S. to attend law school. Ani spent her 1L summer interning for the Honorable Charles Ehrlich, a criminal trial judge for the Philadelphia Court of Common Pleas. This semester she has a practicum in the Conviction Integrity Unit at the Philadelphia District Attorney’s Office, where she assists with the review of innocence and wrongful conviction cases. In addition to her position as SPIN’s Forum Co-Chair, Ani is the Vice President of the Student Animal Legal Defense Fund, and the Student Wellness Association’s Mental Wellness Chair. Prior to entering law school, she was a practicing forensic anthropologist and an adjunct college professor. 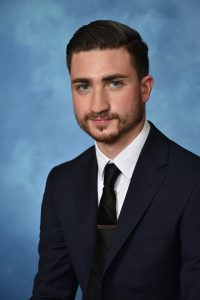 Adam has interned at the Philadelphia District Attorney’s Office in the Gun Violence Task Force Unit during his 1L summer. He was involved with SPIN last year during the fall forum and solicitations, and volunteered to conduct police misconduct review at the Philadelphia Public Defender’s Office.  Before coming to law school, Adam went to college at Drexel University and worked part time in a business litigation firm. 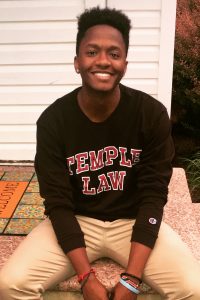 Before attending Temple Law, Xavier was a business immigration paralegal in downtown New York City and a regular contributor on a soccer podcast that, sadly, is no longer on the air. This past summer, he worked at the Center for Public Health Law Research, right here on campus in Barrack Hall. He conducted a variety of health policy research that will eventually be published through legal maps, increasing the accessibility and availability of health policies around the country. He is very interested in the intersection of public health and law, was a 1L representative for the Health Law Society, and is now the current President. 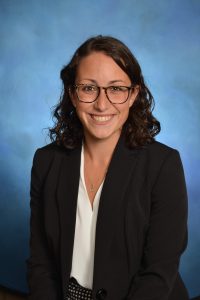 Emily was a 2018 Law & Public Policy Scholar and spent last summer interning at Schwartz & Ballen, a law firm in Washington, D.C. that specializes in electronic payment systems and banking law. In addition to being Treasurer of SPIN, Emily is a member of Temple Law Review, the Moot Court team, and LALSA. Last year, Emily received a SPIN Honors Award designation. Emily graduated from Georgetown University in 2015 with a degree in International Economics. Prior to entering law school, Emily worked at BlackRock in the Portfolio Compliance Group for two years, focusing on fixed income and multi-asset mutual fund compliance.