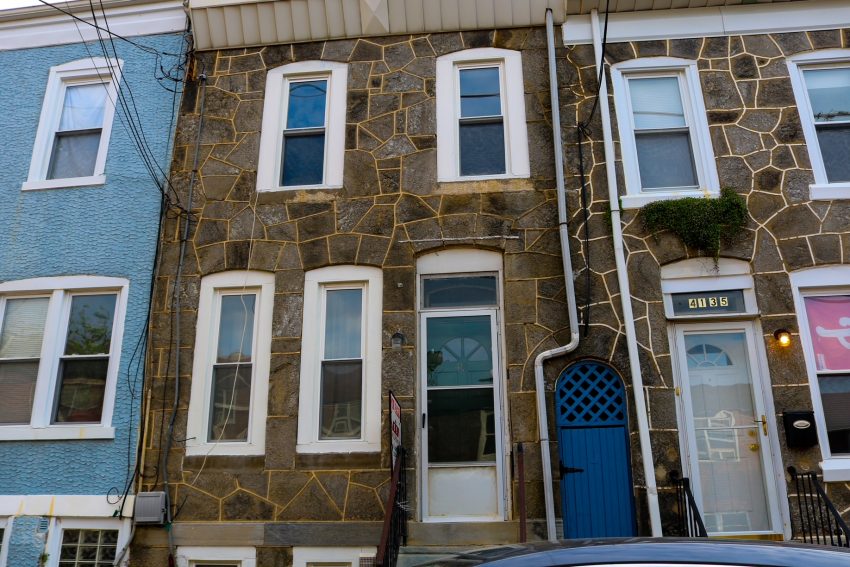 Despite the pandemic-induced shutdown of 2020 and the loss of over 100,000 jobs citywide the housing market in Philadelphia is booming. The state lifted its restriction on property development in May of last year and inventory has plummeted to levels not seen in years. But the recent increase in demand has made the ability to find and secure property difficult, as the market simply has more buyers than homes.

“There are more buyers than there are sellers. That it makes it very difficult for buyer in this market right now because of the competition,” said Walter Burks, realtor at Homestarr Realty.

The CDC report supports Burks’ clams. The market rebounded strongly following the uncertainties of Spring 2020. According to the report, sale prices are up in the city and there were more properties in development at the end of last year, than compared to late 2019. Similar trends are seen in cities across the country. An analysis of Redfin sales in more than 400 metro areas including Philadelphia, shows that in March, 59% of homes that went under contract had accepted an offer within the first two weeks of being on the market.

Burks says Philadelphia is currently a “seller’s market,” meaning the demand for housing exceeds the current availability of properties to purchase. Inventory has been low in the metro area for years, and the pandemic has only exacerbated this issue. Burks says that low inventory has made finding and securing a home more of a challenge than ever.

“When you have low inventory, buyers become desperate. Buyers tend to make their offers a lot more competitive and sometimes they weed out a certain demographic,” said Burks. “People who have the enough funds to finance their homes in a more traditional way are able to forego home inspections and maybe even an appraisal. So, if you’re not good and strong financially, you definitely lose out in this market that we’re in right now.”

As of March, Philadelphia home prices were up 6.8% compared to last year, according to Redfin data. The median selling price for homes within the city limits was $260,000 and 1,767 homes were sold in March, up 35% from last year.

The federal standard for being cost-burdened suggest a household spends at least 30% of their income on housing costs (mortgage, rent, utilities). This guideline is used to measure affordability and similarly used as a benchmark for federal public housing programs and mortgage lending standards. However, some researchers in the PEW study argue that the 30% housing costs threshold ignores individual circumstances that may impact household budgets.

Kendria Green, a single-mother and registered nurse in Philadelphia, says her experience echoes these concerns, as she often does not meet requirements for income-based housing assistance. Green, 29, had plans to buy a house before the pandemic began. Her lease at the Cheltenham apartment she and her two kids called home for three years was ending. At the same time, the health of Green’s mother was ailing, and she also needed space to move her mother in.

Then the pandemic struck.

“I just couldn’t pull off the 12-hour shifts anymore. It was too much,” Green said. “I had no one to watch my kids, I had to take care of my mom, and my lease was ending… But on paper, I’m still a nurse. So, I couldn’t get food stamps, medical care, or anything, because even though I was only working a couple of days a week I was making decent money.”

That “decent money,” as Green explains, was merely helping her stay afloat. She’s repaying students loans from nursing school, acting as sole provider for her children, and was now being left to care for her elderly mother. None of which, would be examined under consideration for Philadelphia’s home-buyers assistance program. In fact, it was during Green’s research that she learned the city’s only home-buyer initiative, Philly First Home, had stopped taking applications until further notice.

Philly First Home offered an assistance grant of up to $10,000 (or 6% of the home’s purchase price, whichever is lower) to assist first-time homebuyers to help with the costs of principals, cover down payment, and loan closing fees. The program also placed participants in a city-funded homeownership counselor program to learn about improving credit, money management, and legal housing documents like deeds.

But the program is no more. At least “until further notice.”

“Here at First Foundations, we work specifically with people who are low-income or homeless and can’t afford basic housing,” says Brown. “To say that there are no city-funded programs available for housing assistance is false, but these aren’t necessarily for people looking to buy a home. [The subsidies] are for rented properties. The program pays the majority of the rent in hopes that participant will save enough money in the program to buy a house later.”

Green wouldn’t fall into these parameters. While her monthly expenses greatly diminish the availability of funds for housing costs in her individual circumstance, resources from programs like First Foundations, would have to first be offered to the city’s thousands of unemployment or homeless residents.

“It seems unfair at first, but it’s understandable,” Green said. “There are people in much worse situations so they should get those things first. I just wish there was something for people who work and still can’t afford to move.”

In Philadelphia, there is simply not enough affordable housing units for residents to purchase, leaving the city’s large number of low-income residents to battle the increasingly competitive housing market. And while the market maintained its glowing trend of prosperity in a post-pandemic economy, 40% of Philadelphia residents are barely able to maintain their current housing costs.