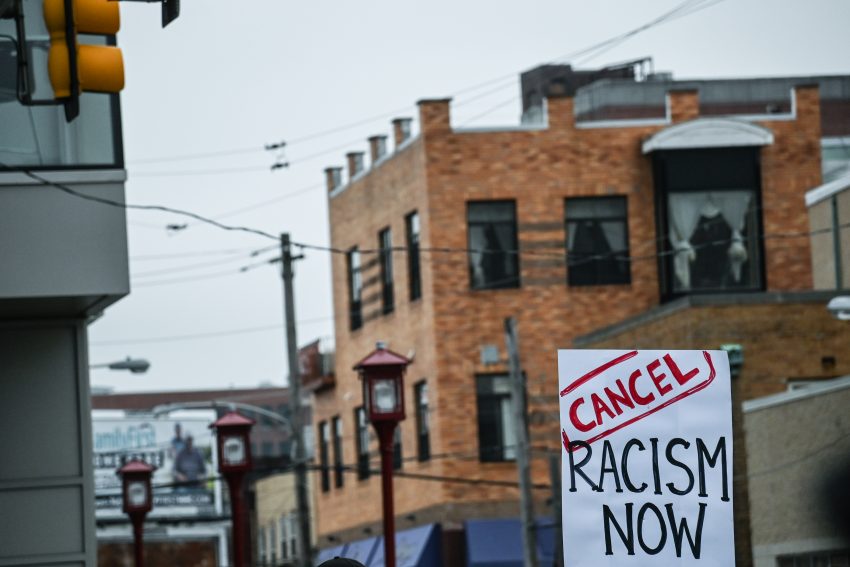 Hundreds of people gathered at 10th street Plaza last Thursday to stand in solidarity with the Asian-American communities in Philadelphia. The rally was organized by a newly-formed grassroots organization, “Philly Solidarity” in wake of the recent mass shooting in Atlanta and rising hate crimes against AAPI communities.

“We wanted to bring our community together to show support for one another and to create this space where we can foster peace, healing, and solidarity and also empower people to speak up,” said Raquel Villanueva, co-founder of Philly Solidarity.

The rally included 12 speakers, among them councilwoman Helen Gym and Senator Sharif Street. The speakers shared their experiences with racism and the adversity they have faced as Asian-Americans with the recent shooting being a culmination of the rising Anti-Asian sentiment.

“This nation needs to recognize that Asian people are here and that we are Americans,” said Mary, an attendee of the rally. “Don’t question us about how American we are, we don’t question anyone else. I think that’s not right. This has been happening our whole lives and it’s been worse with the pandemic and the fact that it took women to die for this to go on the national news level. I think that’s embarrassing for this country.”

While the overall number of hate crimes nationally has been dwindling, it has exponentially increased for Asian-Americans. Philadelphia has seen a decrease of over 50% in hate crimes between 2019-2020, but statistics show that racially motivated crimes against people of Asian descent have doubled since the pandemic.

“There’s a shift in how Asians are being perceived by others but even more notably, I’m feeling somewhat of an awakening in the AAPI community,” said Raquel Villanueva. “ AAPI members are historically the least likely to be civically engaged and I’m seeing more and more of us speaking up and trying to change the larger narrative.”

The Philadelphia Chinatown Development Corporation, or the PCDC, created new programs and initiatives to combat the rise in violence. They recently published results from a survey conducted on March 17th at the Crane Community Center during a vaccination event. The survey showed that 1 in 7 people experienced an anti-Asian racism incident.

John Chin, the executive director of the PCDC, spoke at the rally to express what it was like growing up in Philadelphia’s Chinatown and how it has changed within the last year.

This community allowed me to be a proud Asian-American,” said Chin. “It gave me the confidence to be ethnic Chinese and American at the same time, we can be both. I can proudly project my culture and feel strong in my skin without fearing for my safety. Unfortunately none of us Asian-Americans can say we feel safe all the time especially at this time. Asian-Americans are being scapegoated, harassed, humiliated, shoved, beaten and murdered.”