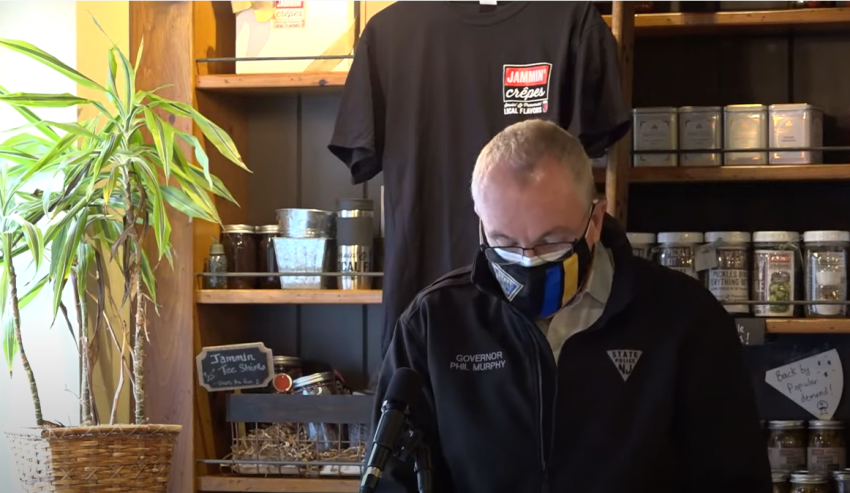 The meeting was held in Princeton, NJ at Jammin’ Crepes, a sustainable restaurant that uses local, farm fresh ingredients.

Murphy announced that an additional $15 million will be directed to NJ’s small business community.  He said that over the past year, the New Jersey Economic Development Authority has approved approximately 55,000 small business applications which translates into $250 million dollars in funding.

“The impact can be seen up and down our streets throughout the thousands of small business that remain open,” Murphy said at the meeting.

Murphy said that the new legislation is simply an addition to what the state is already providing to small business owners.

Tim Sullivan, Chief Executive Officer of the NJEDA, was present at the meeting as well.  His role is to drive economic growth in the state of NJ.

Sullivan said that the public health crisis created by the COVID-19 pandemic has in turn created an economic crisis impacting countless NJ small business owners and their families.

“That’s a good start, and we have a lot of work to do to continue to focus on the equity dimensions of this,” Sullivan said.  “We will continue to do that in the programs that we’re administering under these new bills.”

Sullivan hopes that the economic crisis is coming to an end, but he stressed the importance of this legislation’s process moving swiftly to assist small business owners.

Murphy ended the meeting by signing the legislation on site in Princeton, NJ.