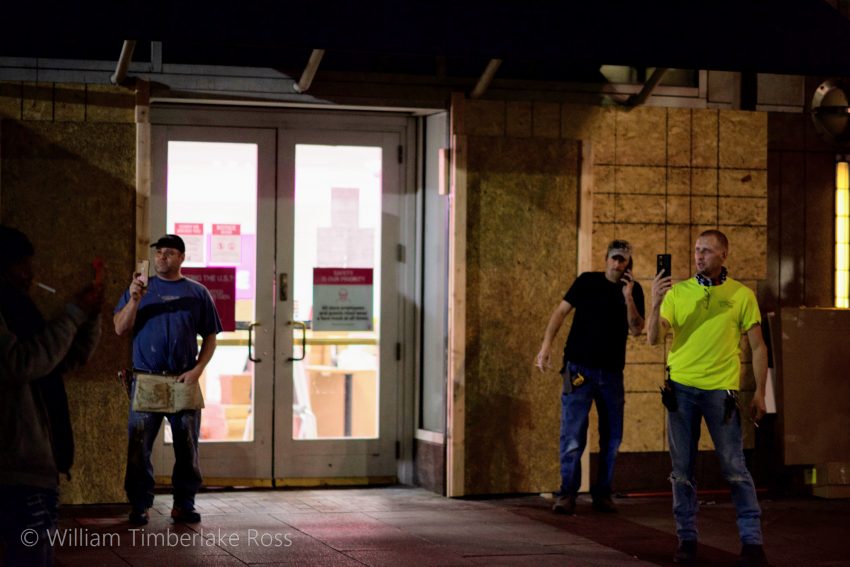 The Philadelphia Police Department released a statement Tuesday afternoon, announcing preparations for possible unrest in the city after a verdict is delivered in the trial of former police officer Derek Chauvin.  Still struggling with outrage over the mishandling of protests after George Floyd’s death in May, city and police officials are attempting to rebuild local confidence in their abilities as fears grow in Philly.

“While we are not aware of any specific threats of violence or unrest at this time,” the statement read in part, “we will continue to closely monitor the situation as the trial proceeds.”

During the last virtual gun-violence briefing on March 31, Mayor Jim Kenney also confirmed that city officials are working together to prepare for any event similar to those of last summer.

“We’re putting together a plan,” Kenney said, “to respond in the event that something goes wrong.”

What that details of this plan are remain to be seen, but according to a memo sent out to PPD commanders, community engagement may become a priority in the weeks to come.   In the memo, commanders were directed to reach out to registered community organizations (RCOs) to begin building relationships between local organizers and the police.

“We are looking to receive information on local community organizations that might be willing to work with us during any civil unrest that might be planned for the foreseeable future,” the memo from the PPD’s Community Relations Unit reads. “Please let us know of any plans that the district may have in place to utilize these groups/individuals during any emergencies.”

A desire to build better relationships throughout the city’s activist network signals a refreshing new approach from the PPD, especially after the city recently announced grants for community organizations that are working to end the gun violence epidemic under a civilian initiative.

Though the effort is welcome, it’s promise rings hollow after a year of unfinished scandals from City Hall and the publication of two massive investigations into the city’s mishandling of last summer’s protests which show that Kenney, PPD Commissioner Danielle Outlaw, and other public safety officials abdicated their responsibilities.

The investigations, done by CNA solutions and City Controller Rebecca Rhynhart respectively, both found that the PPD was unprepared in many ways for the events that unfolded last year and that their unprofessional response was due to failing leadership, planning, and accountability at all levels.

The evidence supporting those findings cited notorious examples including police cooperation with armed vigilantes, the abandonment of marginalized neighborhoods to looting, and the illegal use of chemical gas on protestors multiple times.  To ensure these mistakes are not repeated, the CNA report recommended 77 changes to police department policy, many of which simply ensure compliance to rules already in place.

The PPD released a report soon afterwards responding to those recommendations in which they claim to be implementing strong, new changes to address those concerns or have already begun to do so. Though detailed, the responses do not signal any substantial reform within the department beyond requesting budget increases or further review before action can be taken.

“PPD accepts this recommendation,” the most commonly seen response reads, “but this has budget implications that will need to be considered.”

Kenney’s press secretary has dismissed the findings of the second report from the city Controller’s Office and the Mayor refused to be interviewed for Rhynhardt’s investigation earlier this year.  After witnessing these optics alongside Kenney’s continuous delaying of action on the current gun-violence crisis, there is reasonably little confidence left in Philadelphia’s emergency managers to handle another year like 2020.

That lack of confidence translates into real fear for many in the city.  Over the summer, residents and small business owners who fell victim to the chaos have been especially vocal about the need for the PPD to do better this time around.  Some communities have set up mutual aid networks amongst themselves to be better prepared even without police aid, like the businesses damaged along 52nd street in June, while others are demanding more help from the city in case of another emergency.

Marc Farnese, owner of Mr. Martino’s Trattoria in Passyunk Square bought steel shutters for his restaurant’s windows after the building was damaged in the chaos. He says he is more confident in the shutters than the PPD after what he witnessed in the South Philly neighborhood.

“I’m scared, really,” Farnese said. “They weren’t down here when people were breaking windows and I don’t know if they’ll be here next time it happens.”

Updates on further planning from the PPD and city officials are expected in the following weeks as a verdict in the Chauvin trial approaches. The former officer faces multiple charges in relation to the murder of George Floyd and his sentence will likely be extremely impactful to this city, especially as new evidence of extreme brutality has come to light involving senior detectives within the PPD and added to an already tense situation.