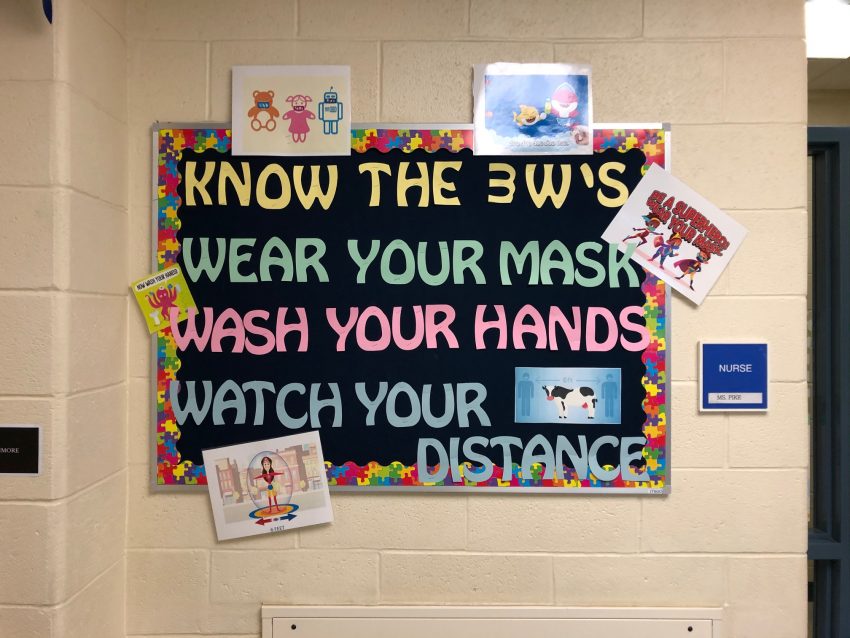 This past Friday, Gov. Tom Wolf  declared that the state’s effort to vaccinate a majority of school staff has been successful.

Wolf announced that more than 112,500 teachers and school staff received a coronavirus vaccine in roughly three weeks, beating the deadline his administration had previously set by two weeks.

Based on state data, around 220,000 teachers and related support staff were eligible under the initiative, meaning over half are now vaccinated.

“Vaccines are the light at the end of the tunnel when it comes to this pandemic, and with the completion of this special initiative, we are one step closer to the end of that tunnel,” Gov. Wolf said in a press conference. “That is something for everyone in the commonwealth to celebrate.”

Gov. Wolf and his COVID-19 Vaccine Task Force laid out the vaccination plan in early March after the federal government approved the single-dose Johnson & Johnson vaccine for use.

Pennsylvania’s 28 intermediate units, which provide educational support throughout the state, partnered with the Wolf administration to set up mass vaccination sites for all school staff and conduct outreach to help schedule appointments.

Richard Askey, president of the Pennsylvania State Education Association, said the coordinated effort was crucial in helping complete the vaccinations as quickly and fluidly as they were.

“Knowing the efforts that were made by all involved since the very beginning, it was affirming to the ability of different agencies to come together and create and implement a program in a short period of time,” Askey said.

Askey added that schools can now quickly move toward bringing back some sense of normalcy, since school staff will no longer be forced to isolate if they potentially come into contact with the virus. As a result, schools can stay open longer with fewer interruptions.

Don Buscaglia, who teaches physical education at Nether Providence Elementary, said having healthy, vaccinated teachers in classrooms is a major step, as it alleviates the fear of either spreading or contracting the virus.

“You can sense that teachers feel more comfortable being in the classroom now that most are vaccinated,” Buscaglia said.

Still, Caroline Duda, the head of human resources at Delaware County’s intermediate unit, said more still needs to be done in the meantime.

“I see this as one step in the right direction,” Duda said. “There are many factors involved with getting schools back to normal day-to-day operations, and vaccinating staff is only one of them.”

One such step is vaccinating students. Buscaglia pointed out that there are currently no vaccines that have been federally-approved for use by people aged 16 or under, with clinical trials still ongoing.

“Until that happens, schools will still face the possibility of an outbreak, and they will still have to use social distancing measures, wear masks, limit activities, etc.,” Buscaglia said.

In addition to mitigation efforts, Askey said that due to the pandemic, “students will need extra support academically, socially and emotionally.” Assessing student needs after experiencing pandemic-related delayed learning and instituting programs addressing those needs are as important as getting students vaccinated.

That way, in the long-term, “our students will be able to achieve,” he said.