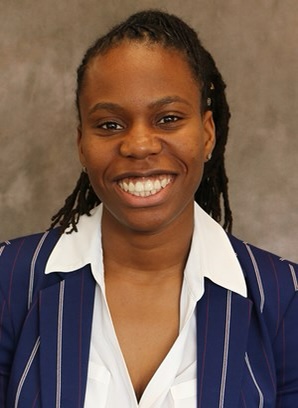 Christina Kennedy grew up in Rochester, New York, a state known for its many contributions to basketball. She played basketball through high school, but as an undersized forward, she had a decision to make— play Division III basketball or start studying for a career.

Kennedy chose the latter and attended Courtland University, where she earned a bachelor’s degree in kinesiology, and now she’s the athletic trainer for Temple University’s women’s basketball team. It was an ankle injury in high school that got her interested in the human body and recovery.

“I got hurt and at my school we didn’t have an athletic trainer, we kind of just waited,” Kennedy said. “I didn’t do PT, physical training, or anything like that. There was no real instruction on how to get back and how to be better. I just started doing research and found athletic training.”

After Courtland, Kennedy got her master’s degree from Seton Hall University. She interned with the NFL for three seasons, worked for the Delaware 87ers of the NBA G-League and the WNBA’s Washington Mystics before joining Temple University four years ago.

It’s a way to stay involved in the game as a former hooper, Kennedy said.

“That’s just how the journey went,” she said. “I’ve been following the opportunities. I knew I just always want to be around basketball, so whenever I saw a door that led me back to working with basketball, that’s what I picked.”

March was both Women’s History Month and Athletic Trainer Month, and Kennedy said both are important to her. In a March interview, she spoke about navigating a basketball season during the Covid-19 pandemic and celebrating women in sports. What follows is an edited version of that conversation.

Brian Saunders: March was Women’s History Month and also Athletic Training Month, where it’s a nod to the work that doesn’t get as much glory but is equally as crucial to the on-the-court stuff. What does it mean to get this acknowledgment?

Christina Kennedy: As you already said, athletic training is one of those career paths you don’t necessarily do it for people to acknowledge you. You do it because you love it. It’s a lot of long hours at times, many sacrifices. Getting players to understand I’m trying to keep you healthy and trying to keep you on the floor doing something you love, so when people do take the time out to acknowledge, it’s appreciated. How far women have come in general in the field, we don’t get recognition all the time, so it is appreciated.

BS: The season ended this month, but players are still around. What type of protocols do y’all have in place for the offseason, as far as your interaction with the players?

CK: It’s a little different because I only have six players left right now. So whereas before, when I had the whole team on campus, it was limiting the number of students in the training room at once. We want to keep it around three to four, including myself, people in the room at a time. Those are kind of the biggest things that we try to implement with Covid and adjust the testing.

BS: You mentioned differences between now and the regular season. What else is different during the off-season?

CK: So during the season, we traveled. So, the most significant difference is with the testing. Even on our off days, they would have to come and get tested because of the unknown. There’s more kids. There’s more prep, as far as getting them ready, and it’s more structured. I’m competing between practice time, their conditioning time, and trying to get stuff done that I need them to do individually before they have to go off to class. I was trying to get them to continue to understand the importance of taking care of their bodies throughout that long season and prevention and just regular treatment and maintenance. Now it’s slowed down because I have extra time. So it’s just the same agenda in a smaller amount of time with the offseason because their workout sessions aren’t as long.

BS: You’re currently working toward getting your doctorate. What is the apex for your career as an athletic trainer?

CK: Temple has been a great experience. I love working with Coach [Tonya] Cardoza. She’s made this job easy and then she trusts me with my decisions with the players and the players trust me also. Right now I’m content, but if the opportunity comes again I would go back to professional sports. Because I’m getting my degree maybe teaching some classes but I think right now, the position that I have, it’s enough for me.