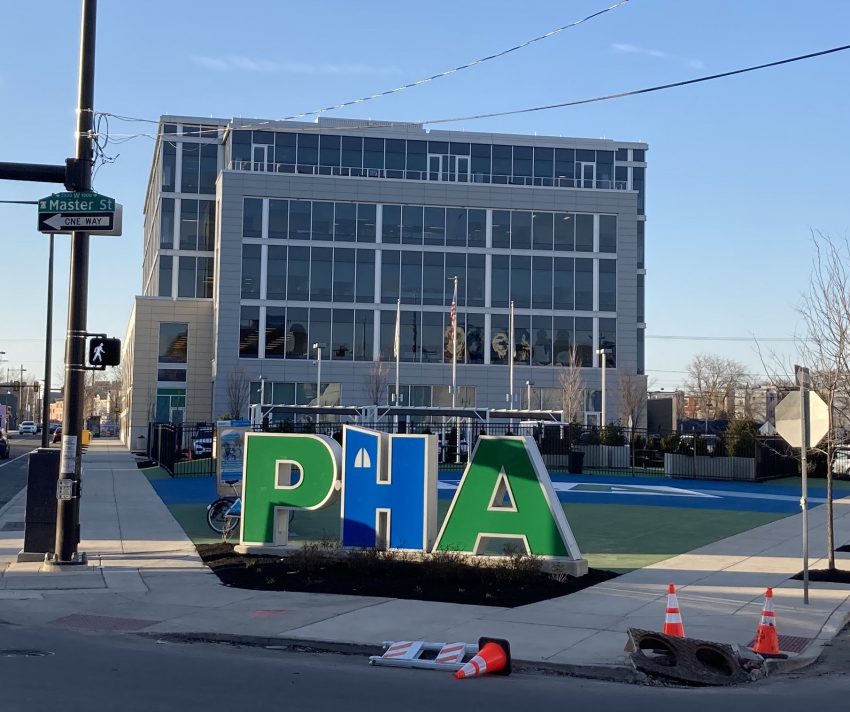 The Philadelphia Housing Authority headquarters at 2013 Ridge Avenue is home to its private police force. The building cost $45 million to complete and has been in use since January 2019. Photo by Thomas Riese.

At a monthly Philadelphia Housing Authority board meeting, two members of the public demanded that the organization disband its police force, something they say other major cities have done with success.

Sterling Johnson, a housing activist and former public health lawyer, said the PHA board members could learn from the examples of New York City, Chicago, and Baltimore. New York City and Chicago both ended their housing police programs in the 90s, while Baltimore did so in 2004.

Johnson said that the PHA’s police force isn’t held to the same standards as the city’s police department.

HUD provides the majority of the PHA’s $370 million annual budget. However, calls to defund or reorganize police forces don’t always take into account the structures of private police forces and their funding.

Jennifer Bennetch, a housing activist who organized multiple protests outside of PHA headquarters on Ridge Avenue, also raised issues with the PHA police. Bennetch said she has a video clip from a 2019 protest that would incriminate members of the PHAPD.

“I’ve obtained and reviewed alarming footage of PHA police planning how to get people to fight with them,” she said. “It’s really disgusting.”

Bennetch alleges that in the police body camera video, obtained by the lawyer of the complainant, members of the PHAPD taunt a protester with misogynistic slurs in order to provoke a violent reaction. She plans to release the video online as soon as she determines the best upload method.

“Ending private police forces is an achievable target,” she said on a later phone call. Bennetch organized a protest in June 2020 that marched from the PHA headquarters to the Temple University Police Department. She billed the event, “End Private Police Terror in Philly.”

Bennetch said that protests have already led to changes within the PHA, including changes to the signage on PHAPD patrol cars so they don’t resemble Philadelphia Police Department patrol cars, and tracking citizen complaints against PHAPD officers online.

The “Complaints Against PHA Police” section of the PHA’s website states that the PHAPD is “committed to open and transparent engagement with our residents and the communities in which we serve.” The site contains a link to the Complaints Against Police log, which the department says is updated quarterly.

The board meeting’s public comment section came at the end, after other business was conducted. Comments were submitted as pre-recorded voicemail messages and emails, which were played and read aloud.

PHA board members said these measures were enacted due to pandemic protocols. One of the public comments questioned whether or not the organization was vetting questions before meetings, which the PHA immediately denied. During the pandemic, other city government meetings, such as civic design review hearings, have allowed for synchronous public comment via telephone or video.

At February’s board meeting, the PHA commissioners approved a resolution to renew its contract with the Fraternal Order of Housing Police. The resolution states that the previous collective bargaining agreement with the FOHP expired March 2019.