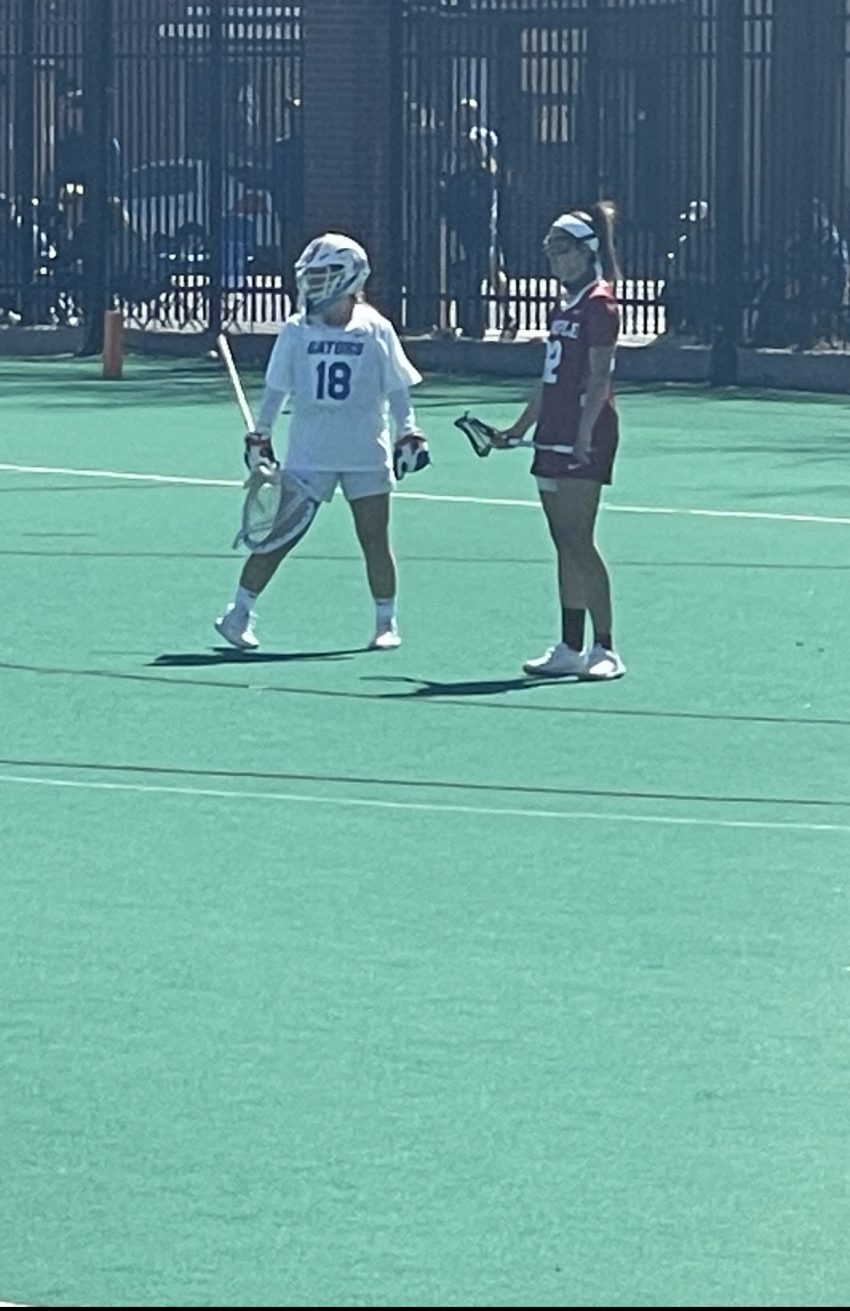 After just nine games, Temple Lacrosse attacker Meghan Hoffman’s senior season was over, or so she thought.

On March 11, 2020, Temple University’s women’s lacrosse lost to Villanova 13-11. And then COVID-19 shut down the country, apparently ending Hoffman’s and her nine senior teammates’ college careers.

Hoffman was all set for life after Temple with a job lined up at the Philadelphia police academy, a guaranteed job starting the following July.

But then the NCAA approved an extra year of eligibility for all spring athletes because of the loss of their seasons.

“I didn’t think that our season was going to be over, and obviously, the emotions were really strong when it did end,” Hoffman said. “I had my career lined up, and it was starting in July, and I couldn’t push it off any longer than I already had late in the summer.”

Moving on meant saying goodbye to a game she had been playing since she was a child and ending pursuit of goals made when she first arrived at Temple as a freshman in 2016.

But after conversations with her parents, coach Bonnie Rosen and her employer, Hoffman changed her mind.

“I talked to my employer more than I talked to anyone else about it,” Hoffman said. “And they were understanding, I just pushed it off a year, so I still have the same job starting in July this summer that I had last summer, so it worked out well.”

Rosen said she knew it would be nice to have Hoffman back for another season, but also understood that sometimes, players are ready to move on.

Hoffman’s 2020 class included 10 players, but only one other, Kara Nakrasius, opted to return. The two of them have grown close toward the end of their career and had a common goal of finishing this season together. with an NCAA tournament berth.

“It is definitely so important to us,” Nakrasius said. “We always talk about how culture and family and togetherness on the field is so important for the whole team, not just us two.”

Nakarasius said they wanted to make everyone proud, especially the other seniors who chose not to return. The team is hoping for an NCAA tournament berth this year.

Hoffman, Nakrasius, and the rest of this team have started the season 4-1 including a win over Towson, which was ranked as the eleventh best team in the nation at the time of the game. Hoffman scored a career-high five goals to lead the Owls.

“I have a lot of ties within Towson just as a university and kind of as a lacrosse team as well,” Hoffman said. “So it felt really good to go up against them, and I knew it was going to be a hard game, and I’m glad that we pulled that out.”

Rosen hasn’t talked to Hoffman about it, but she feels that ultimate confidence is showing in her performances this season.

“I think what you saw out of Megan in her performance is this just love of playing the game, you know,” Rosen said. “She is enjoying the matchups that come up against her. You know people are keying in on her, and that excites her even more.”

Nakrasius said Hoffman’s aggressiveness set the tone for the team.

“So she definitely came out guns blazing,” Nakrasius said. “It’s awesome to see that we were playing a ranked team and seeing Megan take that and put it on her back and really take the team forward and have us in a good position for the rest of the game.”

That win got the country talking about Temple and moved the Owls into national recognition earning the 20th ranking in the national polls.

Hoffman wants to leave Temple with a conference championship, which is a goal her freshman class set back in 2016.

For now, the immediate goal for Hoffman is to beat Florida, a team Temple hasn’t bested since Hoffman joined the team and that is unbeaten so far this season.

Temple gets two chances against the no. 11 ranked Gators, Friday at 3 p.m. and Sunday at noon, both in Philadelphia.