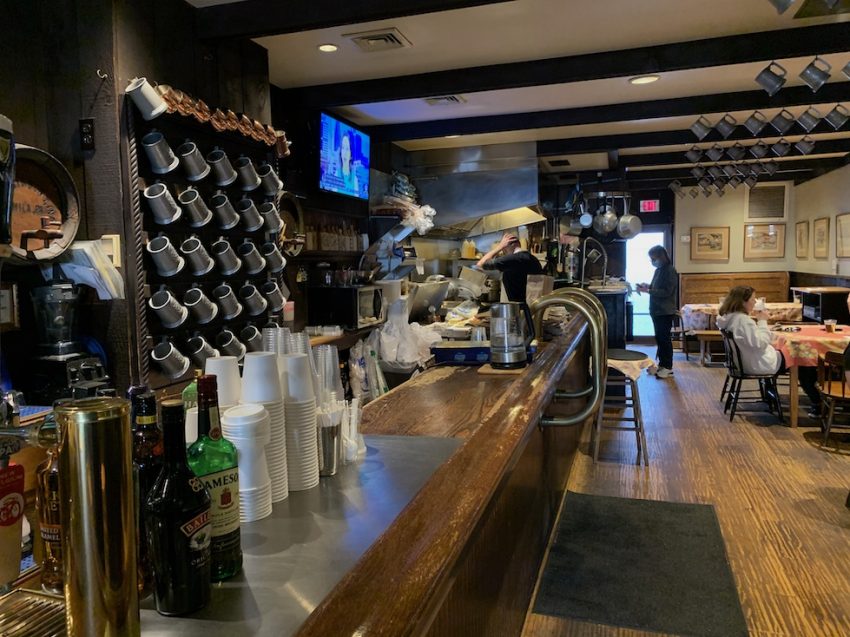 Hidden along Germantown Avenue in Chestnut Hill is a small Irish pub that, over the last 100 years, has survived everything from the prohibition to a pandemic.

McNally’s Quick Lunch opened in 1921 and since then, the restaurant has remained in the same family. From Rose McNally all those years ago, Meg and Anne McNally have inherited the local favorite and are sailing it through uncertain waters.

Anne noted she was excited for the centennial, but hesitant after the year in lockdown due to the pandemic.

“I guess coming off of the year that we’ve had, it’s kind of like, ‘Is it real?’” Anne said. “Is it really going to happen?”

After the restaurant was reopened for indoor seating, patrons began to return. They brought their stories with them.

“There was a couple here the other day with their son, who just had his 21st birthday,” Anne said. “They have his baby McNally’s picture because they brought him here when he was two weeks old.”

The McNally sisters explained that for a long time the restaurant was simply a word-of-mouth affair, with friends recommending friends for a cold drink and a hot meal. With the advent of the internet however, more and more people have discovered the Chestnut Hill pub that others have known for generations.

This is in no small way due to the work put in by the McNally family for years. After Anne and Meg’s father, Hugh James, returned from his deployment in the Marine Corps during WWI, his father asked him to stay for a few weeks to help around the bar.

Hugh James ran the bar for more than 40 years after that.

With the bar becoming a family heirloom, it also became more and more integrated in the neighborhood, growing its roots throughout the area it called home.

Many tenants along the cobblestone road consider Meg and Anne a vital part of the community. Tom Amodie owns the business nextdoor, Chestnut Hill Sports, Inc., and also lived near the McNally’s growing up.

“We’re so used to them,” Amodie said. “They bring a nice class of people around, and that only helps the community.”

Anne said most of the pub’s staff members have been working there for at least 20 years. After decades in the business, Anne and Meg are happy to be rounding the corner with a pandemic that looks to finally be slowing. As vaccines roll out, their precious customers are rolling back in.

Rita Brillinger (“Oh yes, Rita!” Anne says) said she has been coming to McNally’s since the 1970s and has always loved it. When she heard the dining room was open again, she came as soon as she could.

“It’s a staple in the neighborhood,” Brillinger said. “The food is good; the ambiance is great. Everyone that comes here loves it, or they wouldn’t be here.”